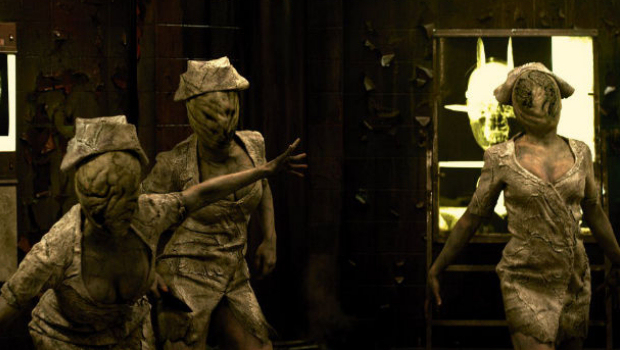 Matthew Razak was scheduled to promote the review for Silent Hill: Revelations 3D over on Flixist, but apparently his stupid office has Destructoid blocked. Can’t think why!

In any case, it falls to me to do the cross-pollination that makes the world go round. For those not knowing, Flixist is part of the Modern Method Network, and does to films what we here do to games. Lovingly.

Silent Hill is one of the favorite video game franchises of all time. Sure, the last couple installments haven’t lived up to their predecessors, and destructible weaponry is super dumb, but every installment of the game series (at least of the main series) has cultivated that atmosphere of creeping terror that wraps its inky, black tendrils around your insides and squeezes. Aside from the Dead Space games, nothing, in any medium, creates that sense of fear so well.

That said, any non-video game installment in the franchise is held under a microscope. The comics have been quite good, especially the ones with Ben Templesmith on art duty. With the first Silent Hill film, you had to set a few guidelines. You knew it was a video game adaptation, so you couldn’t judge its badness too harshly. All it needed then to enjoy it was: 1.) fog, 2.) the nurses, and 3.) Pyramid Head. If nothing else, it delivered in spades on those things, and was half-way decent in its own right.

What feels like a thousand years later, we’re finally continuing the story that the first film began.

How did it turn out? Well, you’ll just have to head over to Flixist to find out. While you’re there you might as well enter to win a Robbie plush, which is easily the creepiest stuffed bunny you will ever own.

Well, THAT’s so interesting I think a little bit of poo just came out of myself! I’ll give myself a quick wipe and a fresh pair of pants … after I read Flixist’s review. Oh my Christ in buggering Hell, I cannot wait.