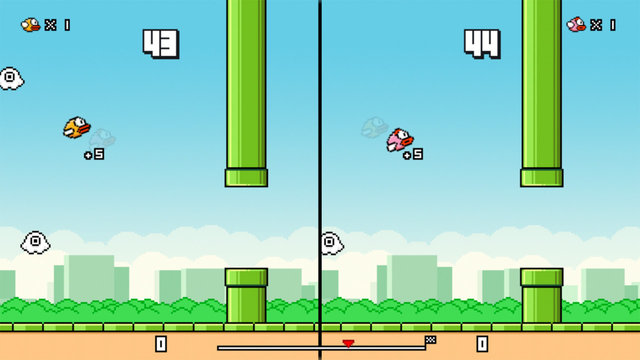 …on Amazon Fire TV of all things

The endless tapper has seen some improvements over the original iOS release, including local multiplayer and more obstacles. It is available for free, and apparently includes no ads.

Creator Dong Nguyen initially released Flappy Bird on iOS platforms in 2013, before pulling the game from the App Store this February when it became something of a phenomenon. Nguyen cited the title’s addictive nature behind the decision, adding his new-found fortune and notoriety resulted in many sleepless nights and a less comfortable existence.

No word on whether Nguyen plans to bring Flappy Bird Family to the App Store or Google Play.