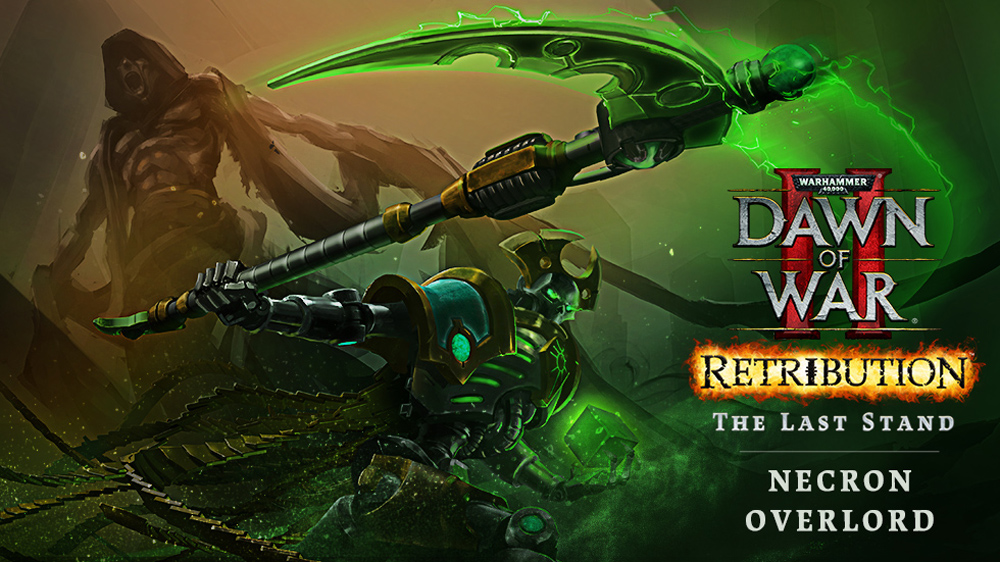 Five years of Dawn of War II: Retribution. My goodness. It doesn’t feel like it has been then long at all, but then, anniversaries like this have a way of sneaking up on me. Relic and Sega were keeping track, at least. While there’s no surprise Dawn of War III announcement today (darn), there is news of a long-awaited character arrival and another patch for the 2011 strategy game.

For five days beginning March 10, 2016, players can nab the Necron Overlord for free for use in the Last Stand survival mode. He is “by far the most-requested addition,” according to the developer, who designed him with a mix of long-range and area-of-effect melee playstyles. After that initial giveaway window (March 15 and on), the Overlord will cost $9.99.

The new patch addresses a handful of issues in Retribution culled from community feedback:

Relic also outlined some bugs it hasn’t been able to fix yet — Windows 10 crashes, broken Steam invites, Last Stand not launching — and noted that its work isn’t finished yet. “Keep playing, keep your feedback coming, and together we’ll continue to improve!”