There came a time in this girl’s life when walking up a flight of stairs felt like climbing Mount Kilimanjaro, and the back-handed compliment “you don’t sweat much for a fat lass” rang far too true. I’ve been on a massive fitness drive for the past nine months, and through a combination of completely changing my diet and not shying away from the cross-trainer, I’ve lost a good amount of weight. My next fitness goal is to get proper hench, or at least as hench as a puny five-foot maiden, who throws her neck out opening a jar of soup, can be.

One of my biggest fitness inspirations alongside Instagram models and stunt women is actually video game characters, since they’ve shaped my impression of what women’s bodies look like since I was five years old. The fantasy of what fitness can mean gives me the strength to go for gold in my real-life workouts, even if I end up in a crumpled heap after my second attempt at a stomach crunch. There are plenty of female video game characters I consider strong, bold and brave, who have distinctly average bodies – but there are a few who are more muscular, more agile and more athletic.

So, mix up your protein shake of choice and chug it down, while I talk about my top five video game athletes of all time. Don’t think – feel. (Aww, come on, Charlotte, spoilers…)

…And a cacophony of swear words echoes around Casa de Destructoid.

“WORRABOUTCHUNLI?!?!” they cry, gesturing wildly and miming thighs as thick as a redwood trunk. Sure, but that’s the problem. Chun Li’s gigantic limbs actually scared me a little as a child, and screamed over-sexualisation as a teenager. It felt cartoonish and meant to titillate, rather being indicative than a genuinely strong character.

OK, so Cammy plays up the whole sexy soldier look. Sure, she will probably need keyhole surgery to correct that leotard wedgie. But looking at Street Fighter Alpha 3 (less so her cartoonish, out-of-proportion form in Street Fighter V), she was sleek and muscular, with fighting skills honed from her time in the British military. To me, Cammy showed you can be cute, dress snappily and still kick some Zangief arse where necessary.

My affinity with Cammy really only sprouted legs as an adult; I didn’t have all that much to do with Street Fighter as a child, beyond being exposed to the characters from other media. However, Tekken was absolutely my jam, particularly Tekken 5. I swapped between Christie (you at the back, shut it), Nina/Anna and Xiaoyu. It wasn’t really that hard to rep the ladies in Tekken 5, because they could easily give the men a run for their money.

It wasn’t any of my main characters that really made an impression on my body image, though. Xiaoyu was slighter than I could ever be with my genes, and the Amazonian beauty of Nina was so detached from my reality that she may as well have had gills. The character I saw the most of myself in was Asuka, a tomboy martial artist from traditional fighting stock.

I loved that she dressed in gear that she could easily manoeuvre around in, rather than the ridiculous, billowing, thigh-high-slitted dresses that the Williams sisters fought to the death in. She looked like a fighter, but one in the larval stages, rather than a dyed-in-the-wool fustigator. I had a soft spot for Hwoarang due to my past with taekwondo, and Asuka reminded me very much of myself as a fledgling martial artist, learning the patterns and colliding with my sparring partner so hard that an egg-sized lump sprouted on my shinbone (true story, yo). Asuka is pure muscle tee goals – always has been, always will be.

One thing I still can’t do, over half a year into my fitness journey, is run. That’s right – despite going hammer and tong at the cardio, I can’t endure more than ten minutes on the treadmill, and even that’s a push. It’s no longer really a story of being out of breath, but my right foot turns inwards as I walk, which makes running in a straight line extremely difficult, frustrating and actually makes me scared I will slip and fall.

So I have the greatest of respect for anyone who is good at parkour/freerunning, not just because they can actually run over long distances, but being able to combine that with acrobatics (surprise, surprise, I have no upper body strength and I’m not very flexible, either). Some of the physical feats you get a sense of in the first person, as Faith Connors in Mirror’s Edge, are very impressive, and bring to mind the “skate vid” style parkour clips I occasionally see looped in the gym. Endurance is super important to increasing your fitness levels, and you have to have pretty fantastic levels of endurance to act as a secret foot courier, dashing around the city.

Arguably, backflipping and zipping about all over the place is easier if your state of awareness has been shut down to the bare minimum, so you no longer have any apprehension in your movements. On the other hand, being able to twist and turn like an Olympic gymnast while also having your brain (read: motor skills) hijacked and without breaking your neck is quite the feat.

What’s more, by the time Resident Evil 5 rolled around, Jill had survived in perilous landscapes for years, seemingly getting more and more fit as time goes on – compare Weskerbot Jill to the kinda weedy Jill in REmake, with Barry and Richard coming to her rescue wherever possible. Sometimes I wonder if I’m a bit long in the tooth to be making drastic changes to my fitness levels, but then I remember real-life examples when people have turned it around in their thirties and forties. It just requires putting one foot in front of the other; one step at a time. One parasite at a time.

Now, Chie is never depicted as being a bodybuilder type, but she is well known for her obsession with kung fu movies and steak. My gal Chie is what I would classify as a fitness weeb, and I identify with that quality the most out of any trait in this list.

I have a bit of an obsessive personality, and Chie has that too. She never shuts up about getting that sweet meat-based protein down her neck, and I love my avocado toast. I can tell you that if Yosuke snapped my Wii Fit disc in half, I would break more than his face.

Also, she’s your average teenager with no remarkable dress sense or physique. She just loves toughening herself up, and as a diminutive individual who can be quite shy, I get that urge completely. Strength comes from within, but it doesn’t hurt to have a little physical imposition to back it up.

That’s about it for my core list, but here are a handful of honourable mentions: 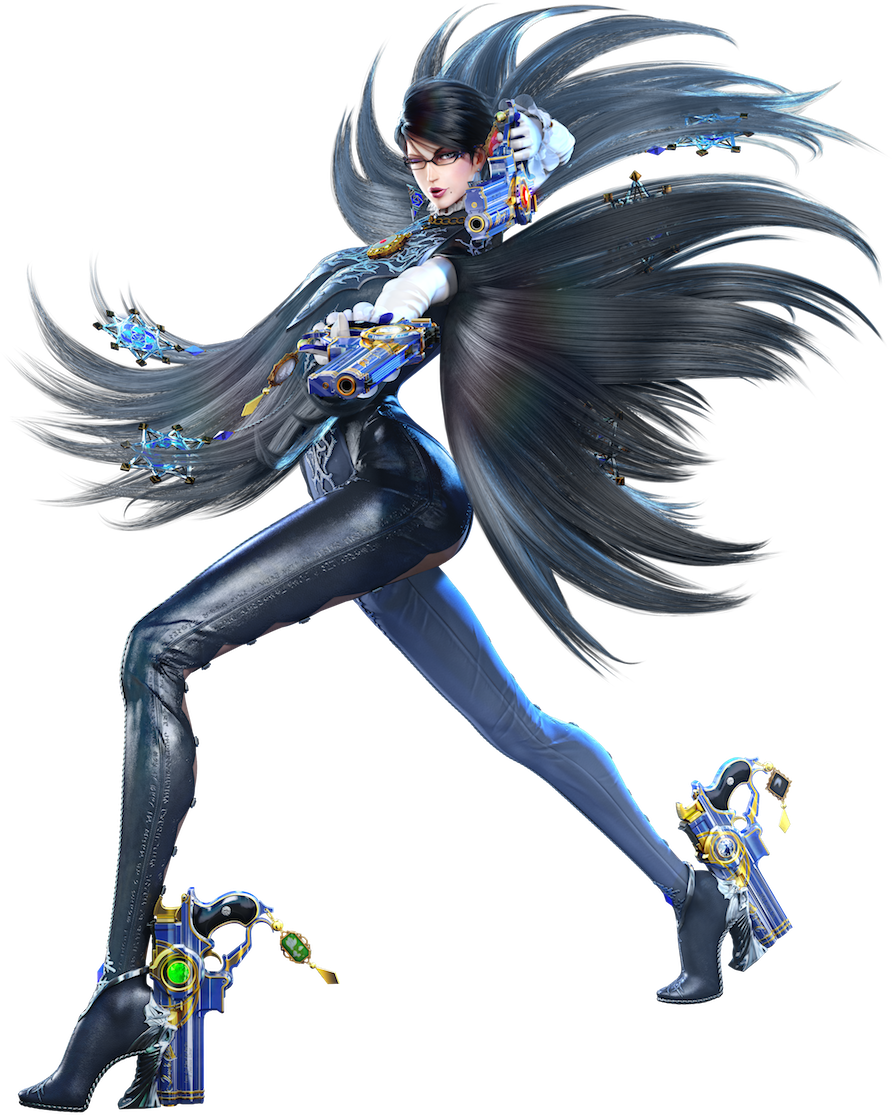 Which video game characters inspire you to be the best version of yourself? Are there any particular characters who remind you of yourself, due to their physical appearance? Let me know in the comments down below!