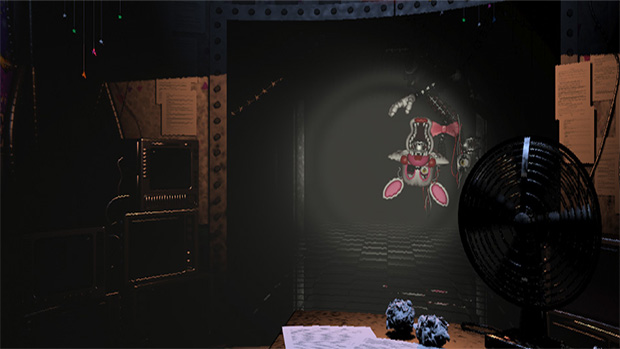 Just getting over the PTSD of your last visit to Freddy Fazbear’s Pizza? Well too damn bad, because it’s time to get spooked again.

Normally I’d roll my eyes at the idea of a sequel being announced barely three months since the release of the original, but in this case I don’t mind a bit. I have an irrational love for those animatronic monsters and can’t wait to be horribly mutilated by them again. Given the massive cult following for the first one, it’s practically guaranteed that Five Nights 2 will break out of Greenlight and into our nightmares soon.

Details hinted at by the release teaser trailer suggest a few changes to the core mechanics. You’ll still be trying to track and stave off the malfunctioning cast members of Freddy Fazbear’s by spying on them with security cameras and strategically turning lights on and off, but this time there won’t be any doors to hide behind. Instead, you’ll be playing possum by wearing a fake Freddy head, trying to bluff your way out of sticky situations. Sounds tense for sure.