When it comes to Metroid, I’m an entitled baby, and I’m not ashamed to admit it. When I heard that the next official game in the series was going to be like the Metroid Blast mini-game from Nintendoland mixed with some kind of three-on-three future sports thing, I immediately made some snarky remark on Twitter and thought really hard about how little Nintendo seems to understand what Metroid fans want. Other M disappointed so many, and the wait for a new Metroid announcement in the years since then have ticked by so slowly. To have those five years of culminate in this has fans more pessimistic than ever about the series’s future.

I imagine Samus is feeling the pain with us. When she asked Nintendo for a new Metroid game a few months ago, I highly doubt she expected to be cut out of her own series, replaced with some baby-shaped space soldiers playing robot soccer.

But what good will complaining do? Will knocking Nintendo for making a Metroid title that we’re not excited about help us to get the kind of Metroid that we’re hungry for? I sort of doubt it. It’s probably a better idea to use this time to focus on some games that are Metroid titles in spirit, but have been often passed over because they aren’t technically Metroid in name. That way we get to play some fun video games, and Nintendo gets to see that we’re willing to support developers who make the kind of games we want. 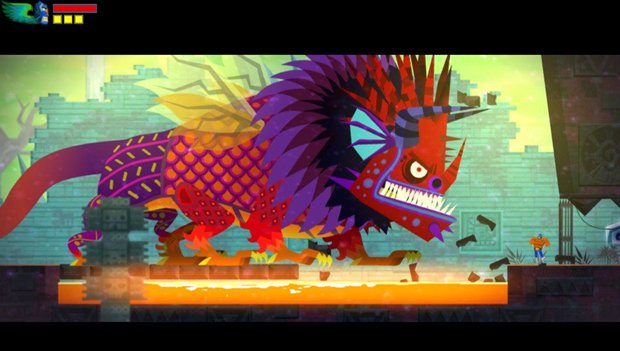 Available on just about every console but the 3DS, Guacamelee! is more of a brawler than any Metroid title to date, but if you think of protagonists Juan and Tostada as luchador versions of Captain Falcon and Zero Suit Samus from Smash Bros., then it’s a little easier to take as a Metroid-like. There are actually fan mods that can make that kind of thing a reality, but only on the PC version.

The good news is: every version of Guacamelee! has tons of action, atmosphere, and weapons-as-tools-for-exploration gameplay, just like Metroid! There are even statues of Chozo and Metroid-looking characters in a few places, one of which grants the power to morph into a “chicken ball,” which you use to crawl through some tight spaces and lay “egg bombs.” Still skeptical? Our own Chris Carter recently said “I think Guacamelee! is literally the most Metroid out of all of those games,” so there you go.

At first, I was only interested in Environmental Station Alpha because it reminded me of Metroid. More specifically, it reminded me on Minitroid, the now abandoned Metroid fan game that seemed to be the perfect antidote for all the ways Other M made me poisoned. Now I don’t dislike Other M as much as some. The game turned Samus into an emotionally stunted nerd, but I can relate with nerds, so no problem for me there. Most of my problems with Other M come from the fact that it does so much to hold your hand, and left so little to the imagination. That got me down. Minitroid worked to do the opposite of both of those things, which made me happy.

So does Environmental Station Alpha, which feels a lot like a lost Metroid prototype from the old days. It’s got cute but creepy alien environments, a bunch of neat power-ups, and more questions than answers about the protagonist and their world. If the game had been on the 3DS, maybe it would have found more of an audience. 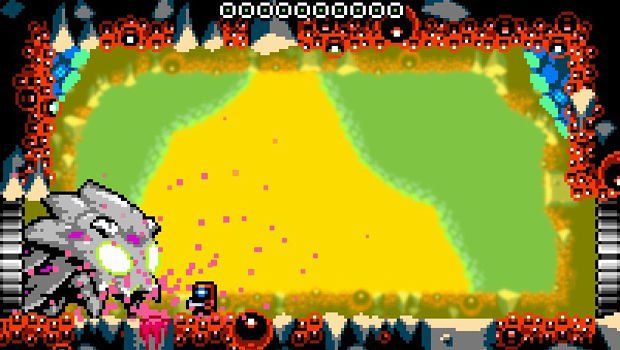 While it’s never been confirmed, I’m pretty darn sure that Xeodrifter is a 2D demake of Moon, another title from developer Renegade Kid. A lot of people say that Moon is like a cross between Metroid and Metroid Prime Hunters. If that’s the case, then it would make sense that Xeodrifter is a Moon demake, as it wears its love of Metroid and Super Metroid prominently on its sleeve.

One of the ways that Xeodrifter harnesses the original Metroid feeling is by dropping brick walls in front of the player. The game allows you to fly from planet to planet in a cute little ship. but that sense of freedom is balanced out by danger at every turn. Most planets are so hostile and difficult to traverse at first that chances are you’ll be running for your life back to the ship in no time. The first Metroid did something similar. Though it may be hard for many Metroid veterans to imagine, most people who pick up the game for the first time do not run left to get the morph ball first. They run to the right, like almost everyone does in a 2D action platformer, only to find themselves stumped in the end. Only by returning to the start and trying something different can you obtain the tools you need to move on.

Thankfully, Xeodrifter is so densely packed that backtracking rarely takes very long, so you’ll rarely feel like you’re time has been wasted. Eventually, your tenacity and optimism will be rewarded to the point where there is no obstacle that you can’t overcome. That brand of feature pacing is one of the basic principles behind Metroid-style games, but that’s pretty much Xeodrifter in a nutshell. It nails the Metroid basics and never wears out its welcome. 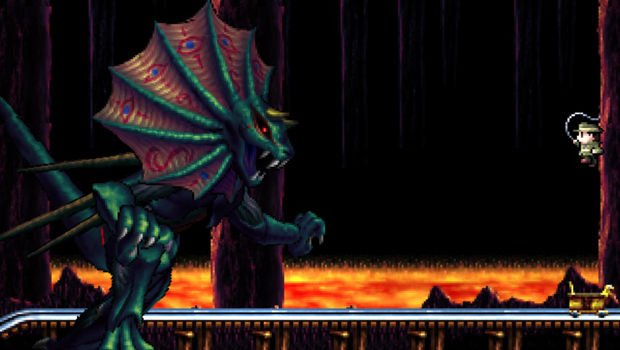 La-Mulana is like the most evil, alienating, and suddenly fantastic areas of the original Metroid, but for 12 hours. It will require you to draw your own map. It will leave you completely stumped as to which way to go next. It will also blow your mind when you stumble into a new area that will make you think “what did I do to deserve this?” for better or worse. Through equal parts luck and hardcore action-archaeology skills, you’ll most likely end up in heaven or hell, and it all feels like one big happy (or not so happy) accident.

That style of “anything goes” world design was something that few Metroid games were really willing to embrace after the first title. It seemed that later games were too afraid that players would feel alienated if they were given a truly disorienting, unpredictable world to explore. La-Mulana, and its upcoming sequel, are not encumbered by that fear. They aren’t afraid to hurt you, because they respect you. They believe that you’re strong enough to tolerate some pain, and that your unwillingness to accept defeat will keep you coming back for more. 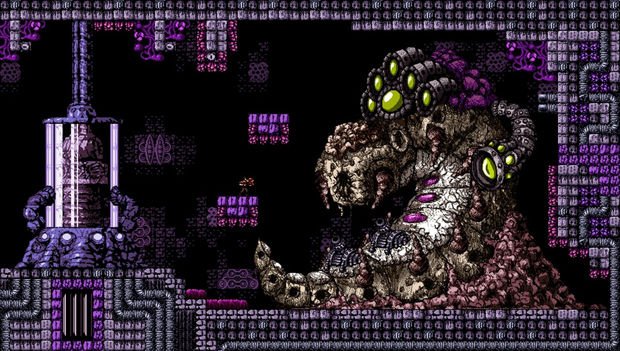 In a lot of ways, Axiom Verge takes all the elements that these (not) Metroid games and maxes out on them. It looks so much like Metroid that even Nintendo of America President Reggie Fils-Aime couldn’t help but shout about it. It offers multiple questions about the protagonist and the world he’s invited to explore while giving few concrete answers until much closer to the end. It isn’t afraid to provide the player with road blocks, but it also goes out of its way to reward the player for defying conventional thinking, to the point where actually “breaking the code” of the game becomes a legitimate gameplay mechanic.

The problem for Nintendo fans is, Axiom Verge is currently not on the Wii U or the 3DS, and given how it took one-man development team Tom Happ about five years to make the game in the first place, chances aren’t too high that we’ll be getting in on Nintendo consoles any time soon. Unless, of course, Nintendo decides to step in and lend Tom a hand.

I have to wonder how fans would react if Nintendo announced it was aiding in the publishing of Axiom Verge, and allowed the developer to create some Nintendo-exclusive Metroid-tribute section with a Samus-like character in the lead. In the end, all most Metroid fans want is the opportunity to play a game like Axiom Verge but with Samus as the lead. If Nintendo were to recognize that by allowing Tom Happ, Renegade Kid, Joakim Sandberg, or any of the many other talented developers who have proven that they understand what we love about Metroid to take a crack at the series, I have to wonder if fans would still be salty about side games like Metroid Prime: Federation Force.