While not explicitly my “game of the year” list, what follows does actually include two of my top three games of the year. The rest? Incredible games that I genuinely think everyone should play. Games that appeal to those beyond their genre(s) and simply appeal to basic human nature and interest. Games that have those moments that you will tell your grandchildren about one day.

Normally, this would be a list of me rattling off my indie hipster bullshit, and, well, it is actually mostly that. But! There’s even a triple-A title on here. Isn’t that enticing? And hey, while you may not have played these in 2020, there is still plenty of time to rectify this! So stay safe, wear a mask, and isolate yourself with these killer games from 2020. 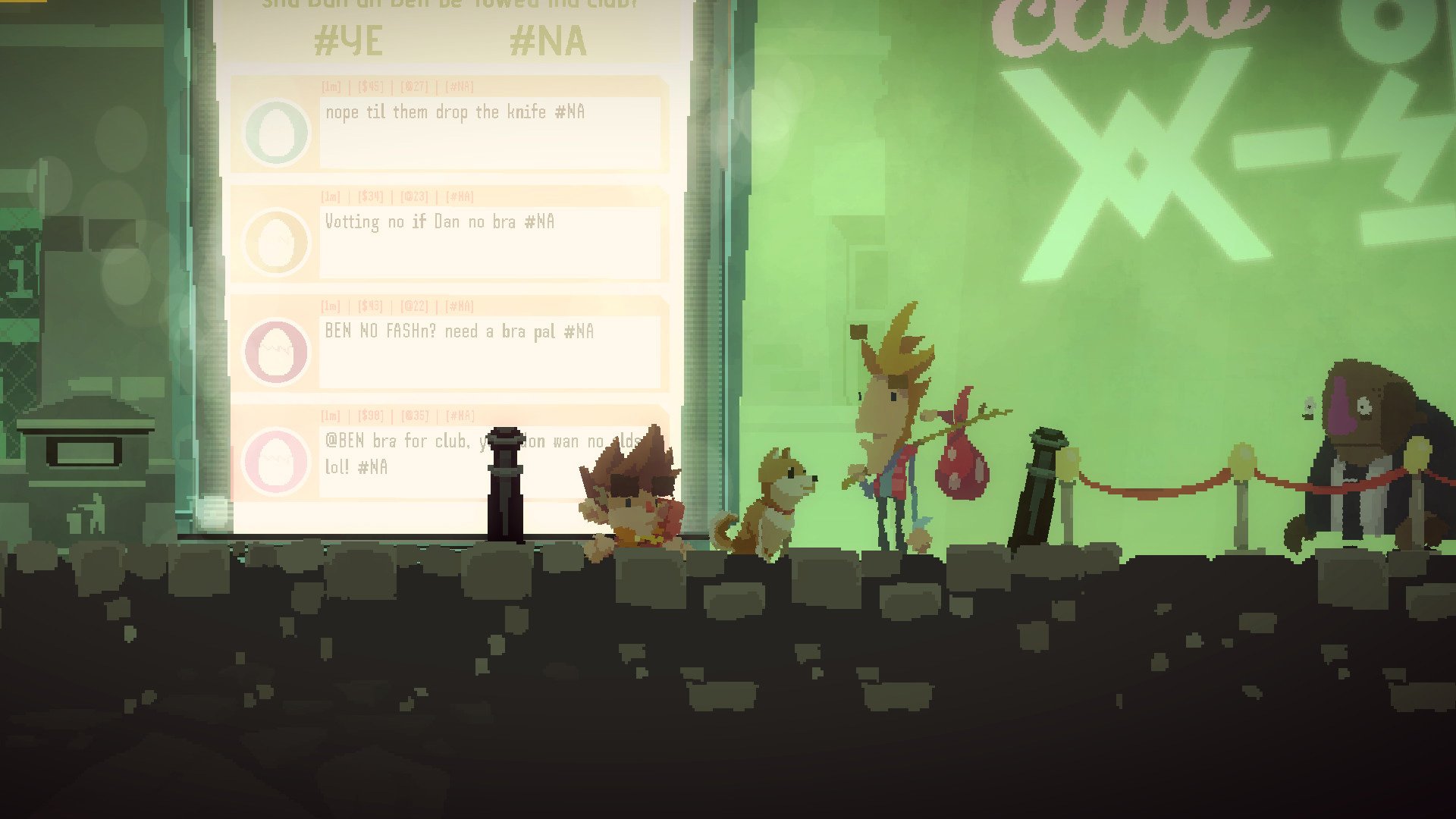 One part platformer, one part point-and-click adventure, and two bazillion parts brilliance. From the duo of Dan Marshall and Ben War (Ben There, Dan That, The Swindle, Behold the Kickmen), this is a game that has no right being as amazing as it is. If it weren’t for the developers’ incredible humor, then it wouldn’t work. This is a game that only these two could create, and so of course, they knocked it out of the park.

While playing, you’ll switch back and forth (at will) between Dan, who controls like a typical platformer, and Ben, who moseys around and observes the world the same as a traditional point-and-click adventurer would. The dialogue between them as they discuss the genre-blending and break the fourth wall is easily the strongest selling point, as this game continually had me grinning from ear to ear. One of my biggest regrets of 2020 is not finishing this game, something I hope to rectify soon. 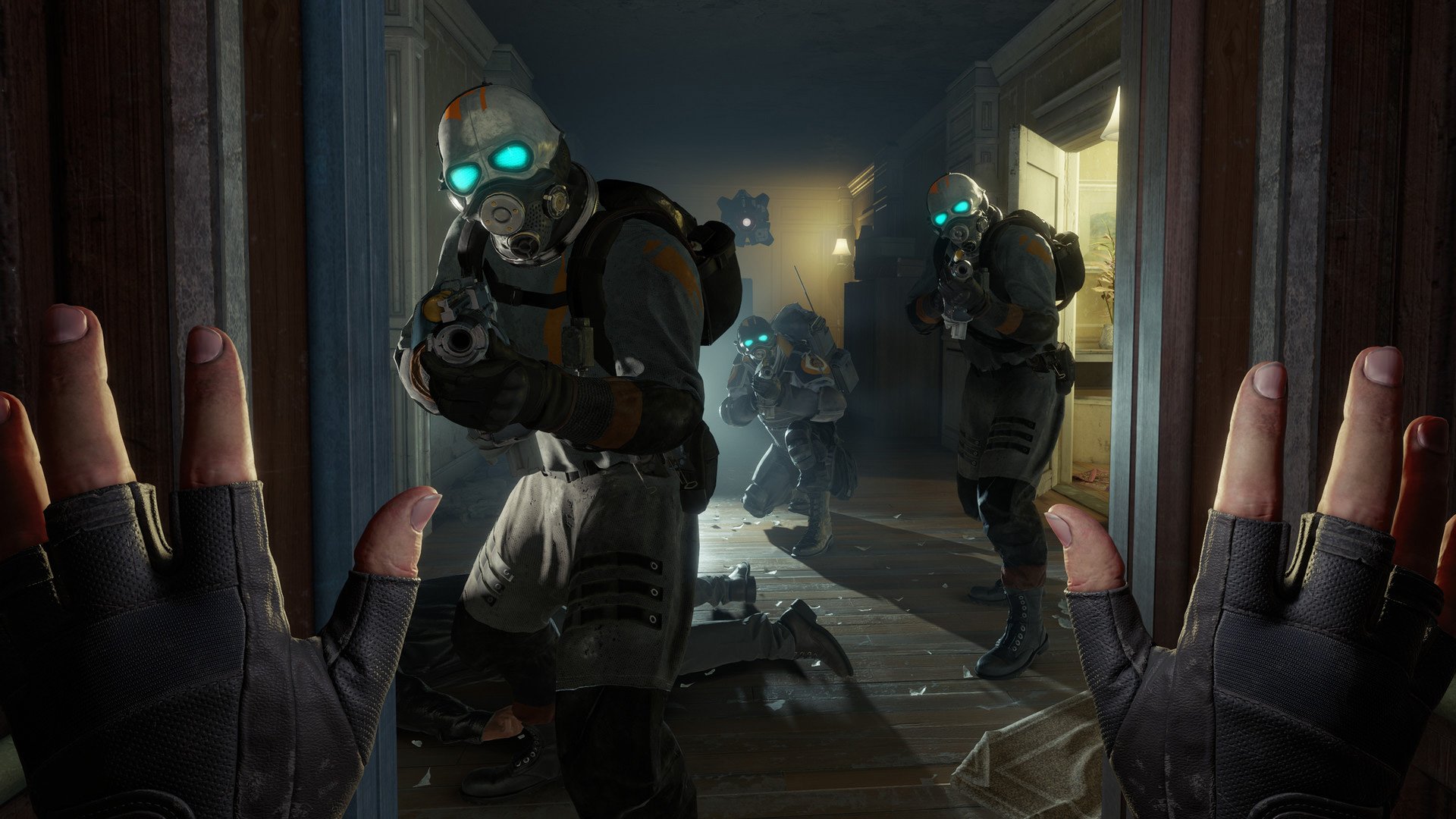 Okay, I realize that like millions of people played this game, but I wanted to include it anyway because that’s still not enough people. This is my personal “game of the year,” and it kills me that the reason it’s so good (the VR aspect) is also its biggest limitation to mass appeal. Many people have sung its praises to the moon and back, but I wouldn’t be able to live with myself if I didn’t add in my two cents.

Alyx is Valve at the top of their game, which is perhaps the biggest compliment I could give it. It’s a game that couldn’t work in “pancake mode,” aka without VR. In fact, it’s kind of just an okay shooter without VR. But none of that matters because it is in VR. Picking up items with quick levitation feels natural, as does reloading the various weapons (for the most part). Some lament the missing melee weapons, considering this is the franchise that made a crowbar iconic, but I trust the developers when they say that they tried it, and it just didn’t work.

I genuinely hope they continue this series in VR (and considering the ending, I’m sure they will) despite the barrier to entry. I can only hope that barrier is lessened over time, and more and more people get to play this absolute VR masterpiece. 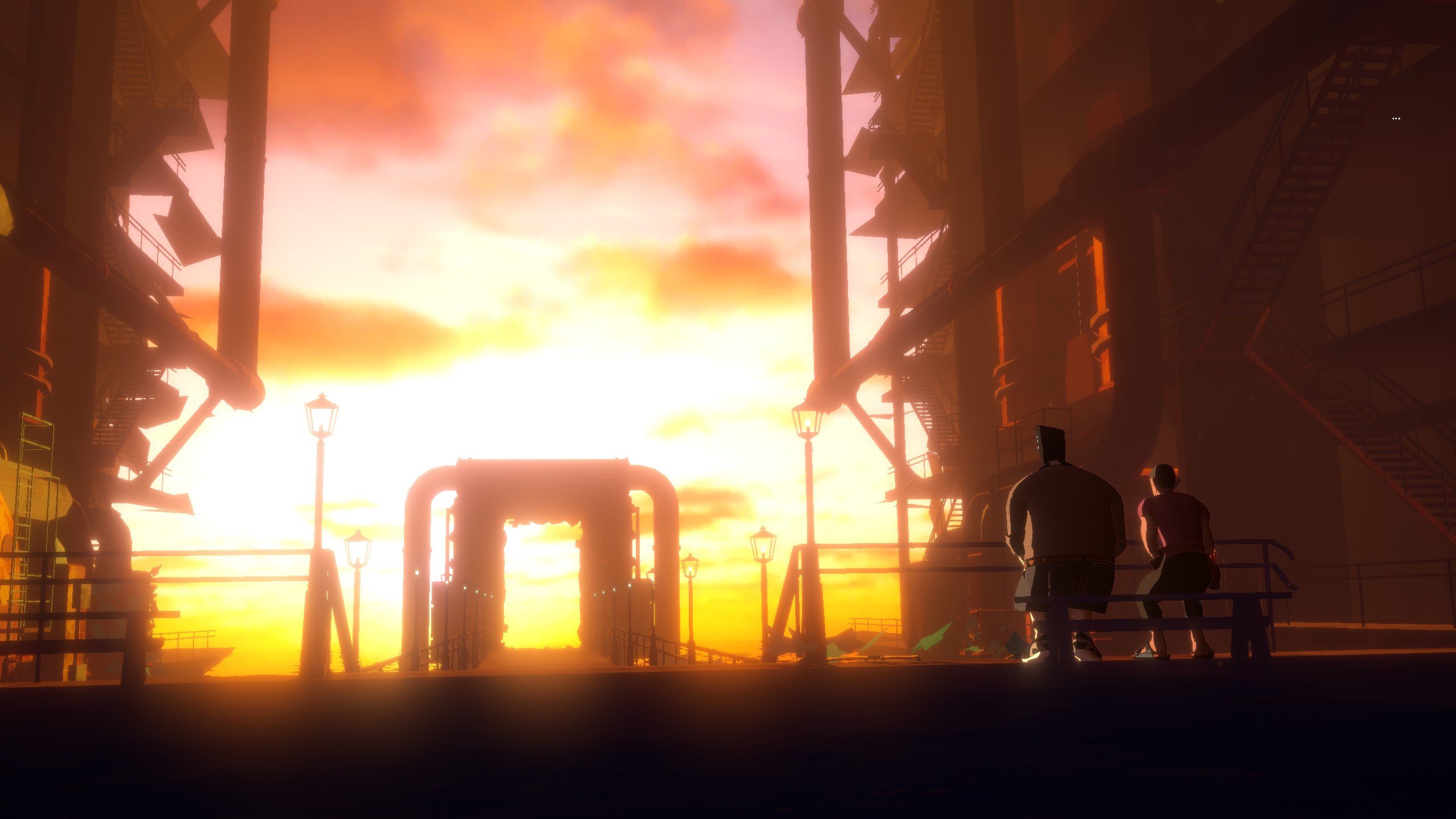 I’ve gushed about this game already in my actual review, but this is the first visual novel that really captured and held my attention and dominated my thoughts for quite some time. The pure visual style alone should be enough to get most people at least interested in it, but it’s the setting of “Australian coffee shop that serves recently-deceased patrons on their way to the afterlife” that really hooks you.

It’s also something that, for better or worse, many players will be able to identify with. Not the “traveling to the afterlife” part, really, but the themes of death and loss permeate every ounce of the game and can easily hit home. Even if visual novels aren’t typically your thing, Necrobarista deserves your time and attention.

My Necrobarista screenshots were actually on rotation as my desktop background until just recently, when I finished playing… 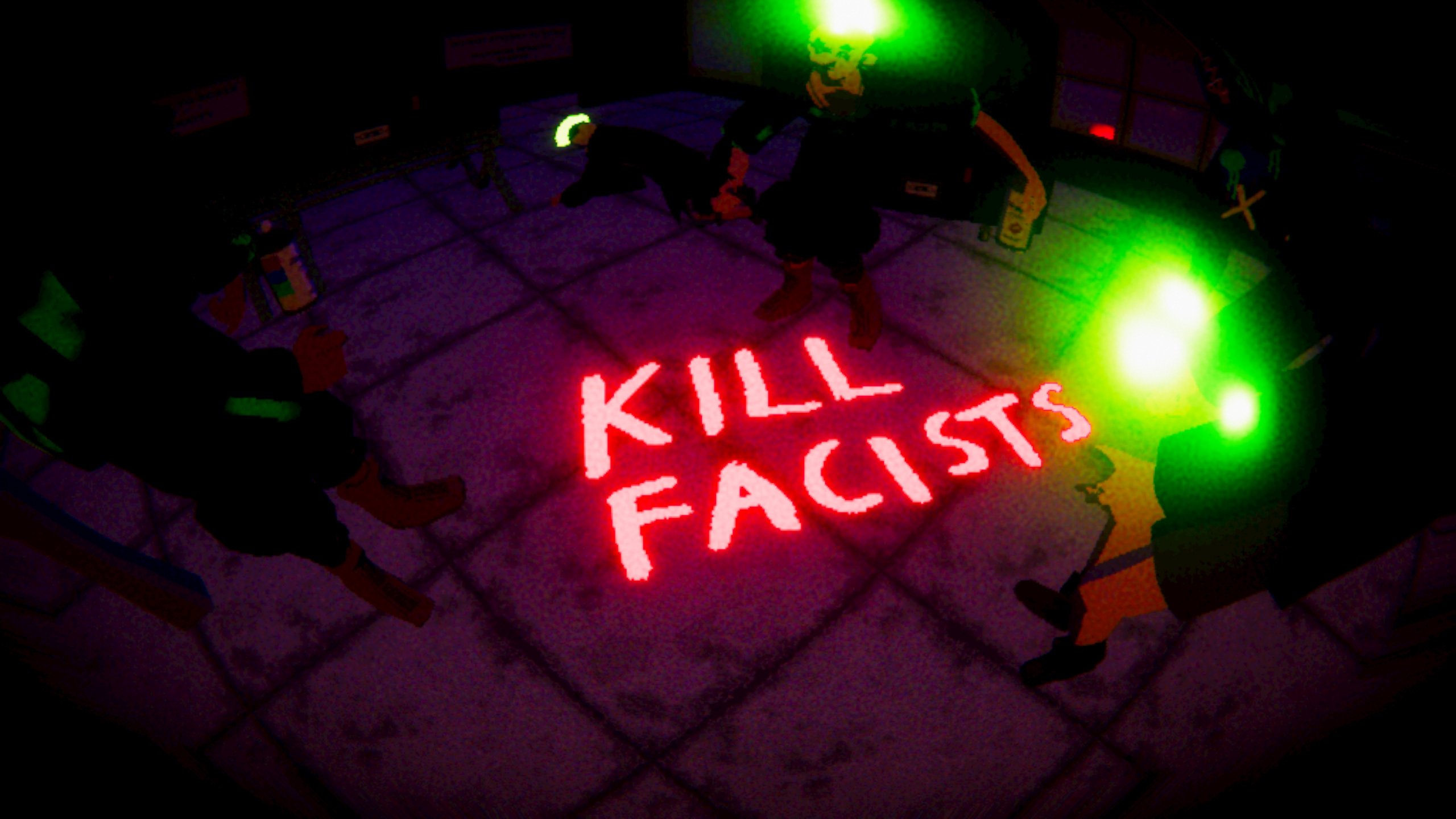 I actually just beat this the other day, and I can’t stop thinking about it. On the surface, it’s a game that feels and looks straight out of the Dreamcast era about taking photos. Each level tasks the player with taking photos that include certain items around the map, with bonus objectives available to earn an extra reward. It’s kind of clunky to play, and it can even be frustrating looking for the bonus film canisters because they’re like six pixels tall it seems.

Yet, this is easily in my top three games of the year (alongside Alyx and FFVII: Remake). Without spoiling it, Umurangi Generation has something hidden up its sleeve. It takes the idea of environmental storytelling and ramps it up so far that the dial is broken. All three of the aforementioned GOTY games for me made me go “holy shit” one way or another. In Alyx, it was basically turning every corner and being amazed at literally everything. In FFVII: Remake, it was seeing my childhood brought to life in beautiful 3D; looking up from the slums at the upper plate or seeing the locations I spent so much time in growing up from every angle was simply breathtaking.

The holy shit moments of Umurangi Generation come in a much different way. Perhaps part of it is defying expectations from what is ostensibly a photography-simulator, but ultimately the beauty here is the expertly crafted storyline told with no dialogue, cutscenes, or even interaction on behalf of the player. It only takes about three hours to get through, so go ahead and play Umurangi Generation, it’ll be worth it… I promise!

[Disclaimer: Destructoid’s Dan Roemer is friends with one of the developers of Umurangi Generation.] 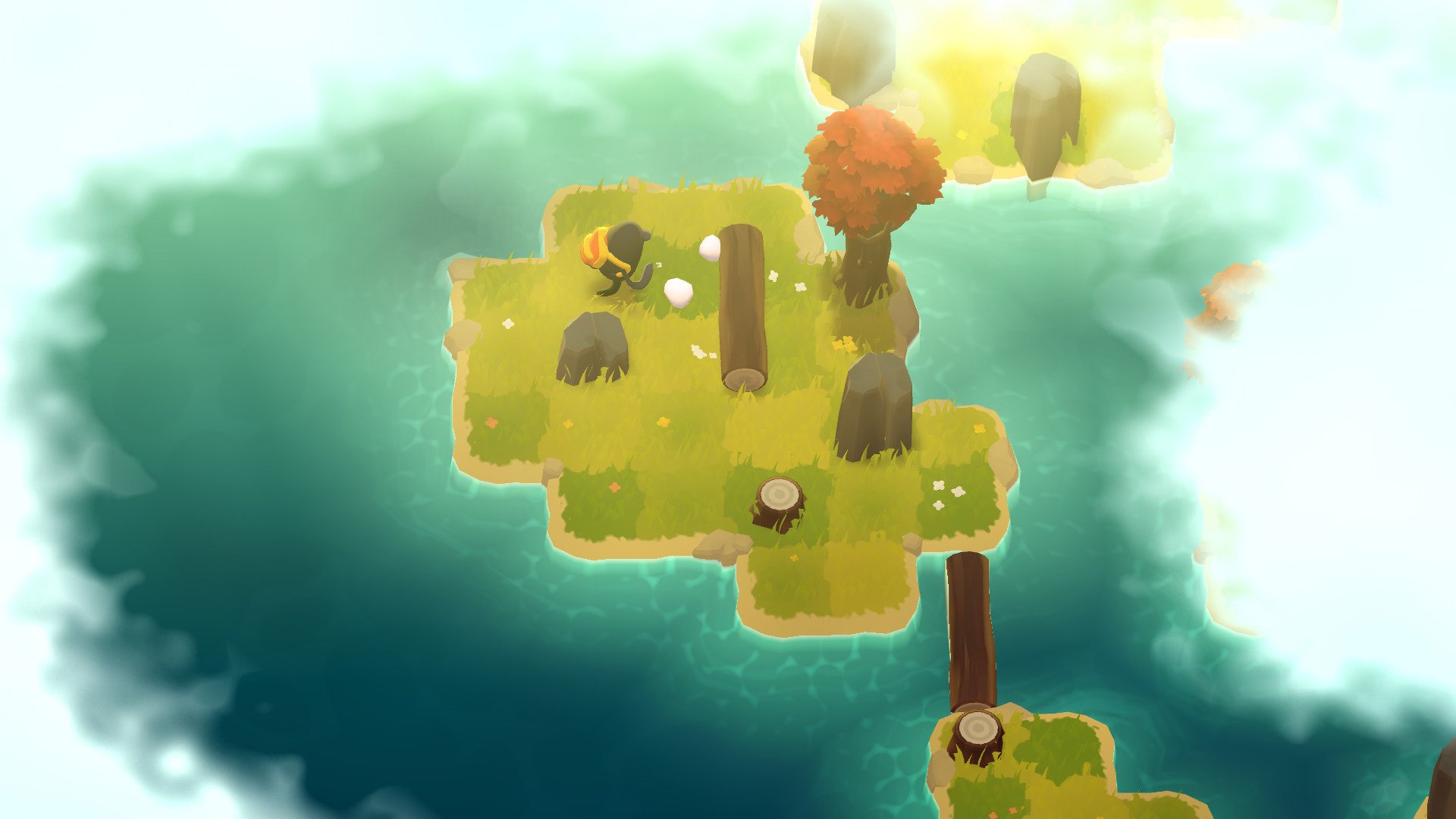 Just like Lair of the Clockwork God, this is one game I wish I had spent more time with and hope to soon. Listen, all you have to do to get me interested in a game is tell me it’s like Stephen’s Sausage Roll. I consider that to be a perfect game. A Monster’s Expedition is very much like it, and I’ve loved every second I put into it so far.

While it doesn’t seem to be as challenging initially as SSR, perhaps that’s a good thing. The delightful aesthetic feels pretty relaxing, which pushes this more towards a zen puzzle game with the same design vibes as Stephen’s Sausage Roll. It truly feels like someone learned all of the lessons from that game and took them in their own direction, making it wholly different in the process. Everyone needs to play this because it’s puzzle games done right and doesn’t destroy your ambitions with random difficulty spikes or obtuse puzzles.