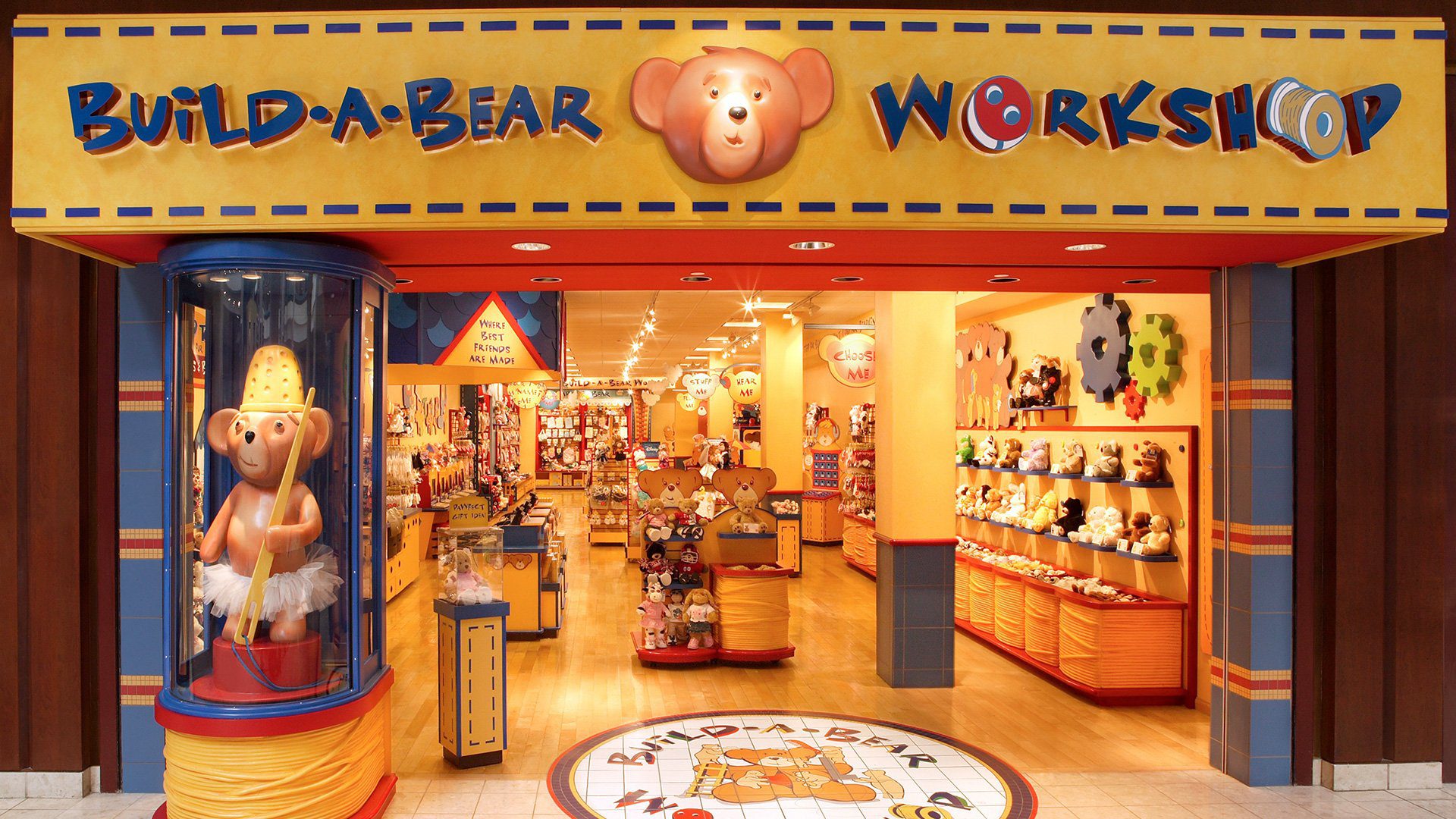 You can never have too many plushies

When I was growing up, going to Build-A-Bear was a big deal. There was one in the mall we would frequent when I was a kid, and I always dragged my mom out of our way to walk by when we were there. I even preordered the Toothless plush from the collaboration they did for the release of How to Train Your Dragon 2 when I was in high school.

Point is, I am something of a Build-A-Bear fangirl. That’s why I get excited (and a little jealous) to think about all of the kids today that get to bring home their favorite video game characters! I know if I got to go make my own Pikachu stuffed animal when I was little, I would have lost my mind.

The recent collaboration between Build-A-Bear and Animal Crossing has been a huge hit, and it got our wheels turning here at Destructoid — what other video games would make for an awesome collab? Well, here’s a list of game franchises we would love to see next on Build-A-Bear shelves.

Look, I know that the main characters of Stardew are all people, and that’s not what I’m going for here (although a plushie version of Mayor Lewis would be pretty cute). With this one, farm animals are the way to go — the chickens, cows, pigs, ducks, horses, sheep, etc. I think the real charm of Stardew‘s animals is their unique, lovable art style, so if Build-A-Bear could get that across, they would nail it. They could even throw the Junimos in there!

Getting up every morning in Stardew and going to pet all of my various animals was the best part of my day as a virtual farmer, and I’d love to take that endearment into the real world and snuggle my favorite chicken, Mr. Nuggies, to sleep. That’s the dream, and Build-A-Bear, if you’re reading this, you have the power to make that happen.

Maybe it’s the fact that I’m pumped for Ratchet & Clank: Rift Apart, or maybe it’s just the nostalgia talking, but this collab feels like a no-brainer. They could totally line it up with the game’s launch, too, making for some awesome promotion on both ends.

Insomniac also just announced the name of their new character, Rivet, and how cute would it be to have a matching set of Ratchet and Rivet dolls? Adorable. On top of that, I love the idea of a little Clank you can get that goes along with them. Seriously, these characters are just begging to be made into Build-A-Bear plushies, and I know I would buy them in a heartbeat.

After Untitled Goose Game stole the hearts of players everywhere, I was disappointed at the lack of merch. There’s some great stuff made by fans you can get out there, like this hilarious Untitled Goose key holder on Etsy, but that’s about it. Build-A-Bear is a perfect match for a Goose Game plushie!

You already know you’re getting great quality, plus they could have one of those optional sounds you can get put in your animal that honks like a goose. Plus they could sell accessories like bells, bows, and glasses, just like in the game. Man, Build-A-Bear should just hire me already.

2. The Legend of Zelda

Nintendo and Build-A-Bear are basically old friends at this point, having collaborated on Pokémon and Mario-themed collections. Now, I’m just waiting for a Zelda line, and my life would be complete. Maybe I’m biased because TLOZ is my favorite Nintendo franchise, but how adorable would this be? Cucco and Epona plushes would be so cute, and I would even spring for a Breath of the Wild-style Bokoblin.

Of course, like the Mario collection, I think the accessories are where this collab would really shine. A little Link or Zelda outfit for my bear? Absolutely. A Master Sword and Hylian Shield? Yes, please. A fairy bottle, or a bottle of Lon Lon Milk? I’m already there. Make it happen, Build-A-Bear. It’s what the people want.

More so than any other video game franchise out there, I’m shocked that this doesn’t already exist. There must be some issue with licensing, because Minecraft has taken over everything I hold dear, in the best way possible. Just imagine little pigs and sheep and cows, Build-A-Bear style! Even a Creeper would be a fun one to make, and I’d love to have a custom sound to mimic that iconic “tsss” sound.

Of course, the accessories would be fun too — you could have little Minecraft diamonds and swords and bows. The game’s items and aesthetic are so recognizable, they couldn’t really go wrong,  in my opinion. It would also probably sell the best out of any other hypothetical collaboration on this list, and I wouldn’t be surprised if we see this collection become a reality in the next couple of years.

Well, that’s our list. These were just the first games that came to mind when I thought of what I would go out and buy, but honestly given Build-A-Bear’s history of making some pretty awesome stuff, I’d be down for anything. Are there any other games you’d love to see them collab with? Let’s discuss in the comments!