Trying to console a child or a retarded person over the loss of a loved one is hard work. It helps to try and find ways to make the abstract emotions the grieving party is experiencing into concrete, tangible things that they can better understand and deal with. One utilization of this technique in grief therapy is to give the child/retarded person a helium balloon, tell them to imagine all the things they want to say to their deceased loved one, put those thoughts into the balloon, and let it sail off to heaven.

This post is a sort of make-shift, grief-packed helium gloom balloon for all the unfulfilled hopes, dreams, and wishes die-hard Smash Bros. fans had for Brawl, that were more or less crushed in the spoiler-quake that followed Brawl‘s Japanese release weeks ago.

Hit the jump for a jaunt through the five biggest features currently thought to be omitted from Brawl, ranked both by the amount they are desired, and unlikelihood that they will ever come to fruition.  As always for this series, beware of Brawl spoilers. 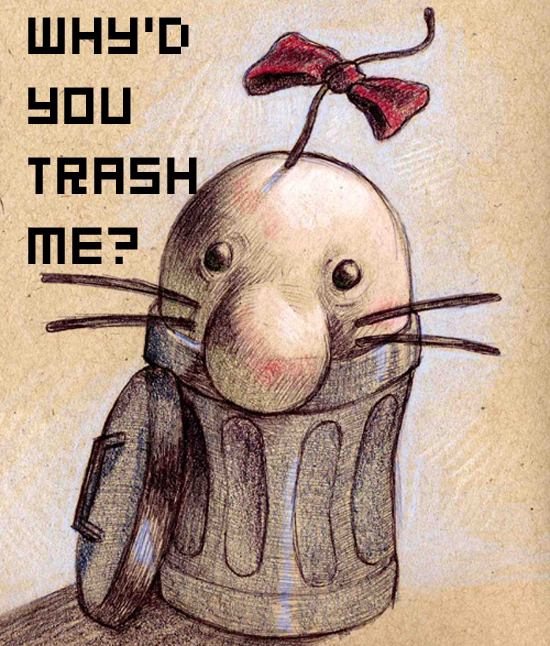 When the Masterpieces feature was announced for Brawl, many people thought this could be the greatest bonus in the game. The ability to play even short demo versions of the games where Brawl‘s cast originated from seemed too good to be true. Of course, that meant that it was.

People hoped to have a playable, time limited version of Lucas’ home game Mother 3, which has yet to make it out of Japan. People hoped for demos of Pokemon Red and Blue, Pikmin, and Donkey Kong Country. People hoped, and expected, that if the Ice Climbers could have their crappy game represented in the Masterpieces collection, then more deserving characters like Olimar, Lucas and Pokemon Trainer would too.

All of the Masterpieces have seemingly been unlocked from the Japanese version of Brawl, and the list of titles represented is pretty slim. More so, from my brief period of play with the American version of Brawl, I can tell you that two of the Masterpieces that were are on the Japanese Brawl disk are nowhere to be seen on ours. The first omission, Fire Emblem: Mystery of the Emblem, is excusable, as the game has never before been released outside Japan. But there is no excuse for Mother2/Earthbound‘s omission. The game was released in the United States and Europe, and even to this day has a rabid fan-base.

Maybe it will be revealed later that like F-Zero, Donkey Kong, and Super Mario World, an Earthbound Masterpiece will also be unlockable on the US Brawl disk. Even so, the fact that we American Brawl fans are having to hope that things haven’t been cut from our version of Brawl, coupled with this seemingly unnecessary delay we’ve had to endure, is enough to grind anyone’s gears.

Amount of devastation this yet unfulfilled fantasy caused to the Smash Bros. community: Slim. It’s not right, but it’s ok.

Possibility of this dream coming true: 5%

Why: There is a strange precedent for the Japanese versions of Smash Bros. games having slightly more content than the Western versions. 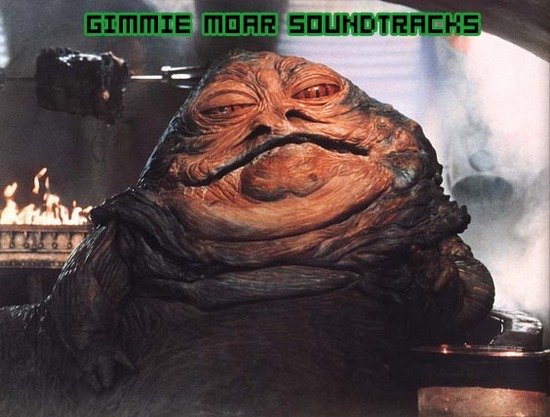 For the record, I think this one is insane. But still, I must report on it, because it is my solemn duty to post about Brawl as much as humanly possible.

The Smash Bros. Brawl soundtrack contains over 280 tracks. Believe it or not, that’s not enough for some people. Many NeoGafers and SmashBoarders have stated that there is still music they wish had made it to Brawl. They want more tracks,  from games like the GameBoy Zelda and Pokemon titles from the GBA days, from Earthbound, Mother 3, Fire Emblem, and loads of others. They have even gone loco enough to expect these tracks be made available through Nintendo’s upcoming Pay and Play service.

Only the Smash Bros. community could find a way to be disappointed with the largest video game soundtrack in history.

Amount of devastation this yet unfulfilled fantasy caused to the Smash Bros. community: Slim to none. We don’t need another hero (hero in this case meaning a song from Link’s Awakening).

Possibility of this dream coming true: 0%

Why: Adding more songs to Brawl‘s soundtrack would be like giving Michael Jackson a nose job. At some point, you just can’t take things any further.

#3 The characters revealed through the disk rip 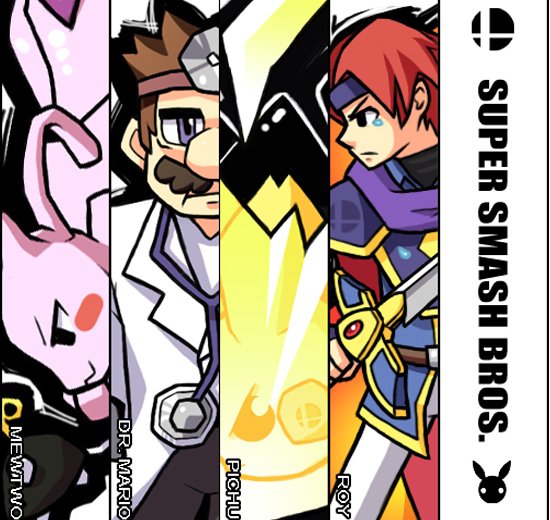 Shortly after Brawl was released in Japan, some clever dick started ripping the files straight from the DVD to take a closer look at them. These files revealed many things, including the revelation that some data on the finished game is dedicated to Melee characters missing from Brawl, including Roy, Dr Mario, and Mewtwo, as well as never before seen in Smash Bros. characters Dixie Kong, Toon Zelda, Toon Sheik, Plusle and Minun.

To my knowledge, this list of data is from the first layer of the double layered Brawl game DVD. the second layer is yet to be seen. Many Brawl enthusiasts have taken to posting nothing more than the worlds “second layer” in response to any nay sayers claiming that there is no reason to hope for any additional content to be unlocked for Brawl. Strangely enough, Dr. Mario has a huge following in the Smash Bros. community, and these followers demand that he make a return.

Amount of devastation this yet unfulfilled fantasy caused to the Smash Bros. community: Enormous. It was a huge shock to the system that Melee characters with completely original move sets were cut from Brawl, while characters that are more or less clones (Falco to Fox, Ness to Lucas) still made the cut. JigglyPuff making into Brawl over MewTwo? Blasphemy.

Possibility of this dream coming true: 50%

Why: Nintendo likes to use its pre-existing successes to launch it’s new features. The GBA version of Super Mario 3 had unlockable levels via E-cards. Link’s Awakening DX was compatible with the Game Boy printer. It’s likely that Pay and Play will involve itself with Brawl in some capacity, and downloadable characters are as good a way to do this as any. 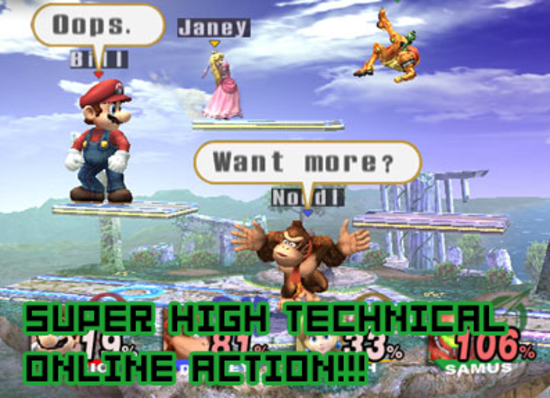 Leaderboards and Achievements are the bread and butter of most XBL compatible games. It’s a no-brainer that every online game is made better by the inclusion of at least one of these two features. Brawl already has Achievements, in an off-line sort of way. Other Nintendo games, like Super Mario Strikers: Charged, have leaderboards. But Smash Bros. Brawl, Nintendo’s flagship title for 2008 and proof that they have not abandoned the hardcore gamer? Not so much.

Masahiro Sakurai, Brawl‘s producer, has said on many occasions that he believes that the inclusion of Leaderboards would actually make Brawl a worse game. In so many words, he has stated that leaderboards are only fun for the top ten players on the board, and for everyone else they are just a downer.

Well I got news for you, big poppa Sakurai. I am more than capable of protecting myself from experiences that are not pleasurable to me, and if I don’t like a feature in a game, I just don’t use it. If Brawl had leaderboards, and these leaderboards made me sad, I’d make the decision myself to not look at them. However, I doubt they would make me sad, because even if I were ranked 5,000,002 out of 5,000,003 people on the board, I’d still feel good knowing I was better at Smash Bros. than at least one other human being on planet Earth. That’s better than I feel now, when the only people I know that will play Melee with me are my friend’s kids, and they all kick my ass.

I believe that Leaderboards do not please only the people on the board’s top ten. I believe they please everyone but the people in the boards bottom ten. Why is it that all of us have to suffer just to protect the egos of those ten horrible Brawl players?

Amount of devastation this yet unfulfilled fantasy caused to the Smash Bros. community: Moderate. Most people who love Smash Bros. enough to play competitively put on their own tournaments anyway. Most Smash Bros. Fanboys say that Brawl‘s lack of leaderboards is more embarrassing to be associated with than it is a cause for a genuine nervous breakdown.

Possibility of this dream coming true: 25%

Why: Nintendo of America could make this change in their localization of Brawl. Leaderboards, and online gaming in general, are much more significant to the Western market than they are in Japan. The few people at Nintendo America I’ve had the privilege of talking to have stated they’d like to see more online features added to Brawl as time goes on, Leaderboards being one of them. 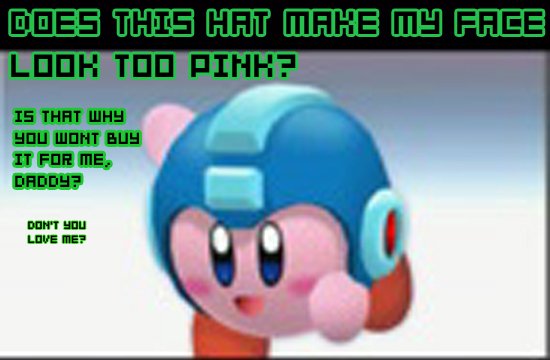 There were so many reasons to think that Mega Man would be in Brawl. He was reportedly the #2 requested 3rd party character in Sakurai’s online poll, second only to Sonic. He is the mascot for Capcom’s longest running series, and unlike Snake and Sonic, almost all of Mega Man’s relevant games were on Nintendo consoles. He’d look right in a Smash Bros. game. Sakurai said there would be “two or three” 3rd party characters in Brawl. Mega Man is one of the most well recognized characters in gaming history, and has appeared in even more core games than Mario. Mega Man has even already been in not one, not two, but three cross-over fighting game series, the Marvel Vs Capcom series, SNK Vs Capcom, and Onimusha: Warlords. The list of reasons why Mega Man was a shoe in for inclusion in Brawl is as long as my arm.

Yet, about a month before Brawl was to be released in Japan, Kenji Inafune of Capcom Japan came out to say that he’d like Mega Man to be in Brawl, but that no such arrangement had been made. There was no trace of Mega Man on the files revealed from the Brawl disk rip.  It was the last nail in the coffin for Mega Man’s inclusion in the game.

Amount of devastation this yet unfulfilled fantasy caused to the Smash Bros. community: Life threatening. Many more casual Smash Bros. fans stated they were no longer interested in buying Brawl when the news came out that Mega Man wasn’t in the game. Hordes of Capcom fans previously interested in Brawl went soft on the title, returning to their marathon sessions of Marvel Vs Capcom 2. Fans of Mega Man were hungry like wolves to see him in Brawl, and there is no one more pissy than an hungry wolf.

Possibility of this dream coming true: 0%

Why: Mega Man is a third party character, the game is already out, and no data related to him was found on the Brawl disk.

So, that’s my list. What did I leave out? What omission from Brawl are you grieving about?

Other posts from this series: