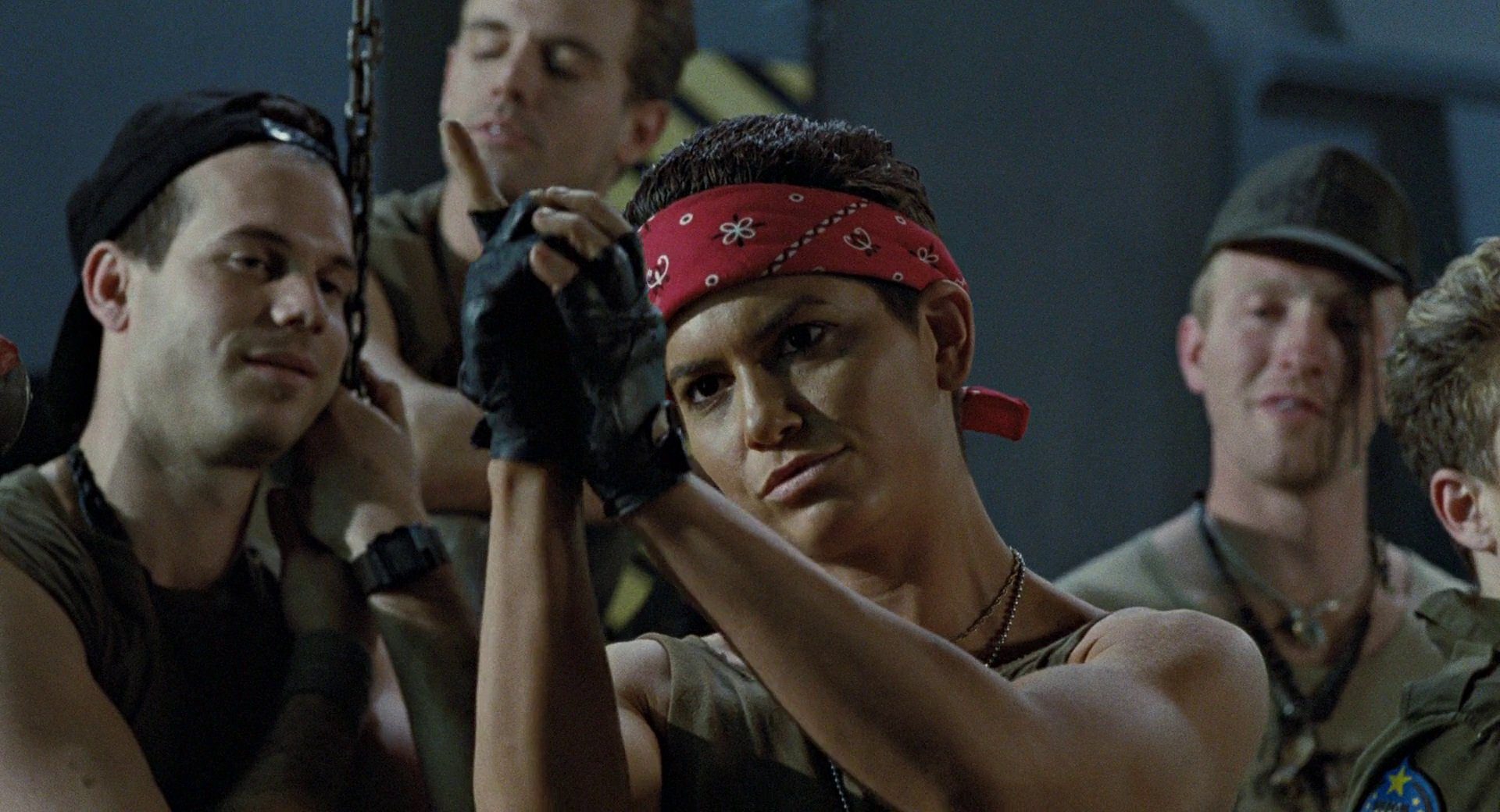 Next week sees perhaps the most bombastic crossover in gaming history. On May 20, Sylvester Stallone’s John Rambo and Bruce Willis’ Die Hard hero John McClane will step away from the silver screen to bring their respective brands of rat-a-tat-tat mayhem to Activision’s Call of Duty franchise, joining the rosters of CoD: Black Ops, CoD: Mobile, and uber-popular battle royale release CoD: Warzone.

The Reganized 1980s saw a (literal) boom in action movies, as a staunchly conservative populace fell completely and utterly in love with solving the world’s — or just the neighborhood’s — problems at the barrel of an Uzi. While some of these films were dang awful, we also received an abundance of stone cold classics, with films such as RoboCop, Total Recall, and Commando as ridiculous and as entertaining today as they ever were.

I think the Call of Duty franchise is sitting on a veritable gold mine with its “’80s Action Stars” crossover event. Presented for your consideration are a further five stars of the decade taste forgot, without whom Call of Duty: Warzone will never, ever reach its full potential. No need to thank me, Activision, just pay me the 1600 COD Points I purchased last month that never arrived in my account.

While Sigourney Weaver’s star turn as Ellen Ripley is unquestionably one of the greatest screen roles of the 1980s, James Cameron’s sci-fi sequel had more than its fair share of memorable characters — from Bill Paxton’s nervy Pvt. Hudson to Paul Reiser’s sleazeball executive Carter Burke.

For myself and many fans, however, Jenette Goldstein’s badass brick shithouse Pvt. Vasquez stole the show with her cold-as-ice look, fearless attitude, and that double-handed Smart Gun. Ready for war and nigh-on unstoppable, if Call of Duty characters had tiers, Vasquez would be in the S+. When the shit hits the fan, you want her in your squad. LET’S ROOOOOCCCK!

Perpetually bored-looking star Charles Bronson was 64 years old when he shot this second sequel in his iconic vigilante series. The advancing years posed no concern for sleazoid hack Michael Winner, who thrust an ANTI-AIRCRAFT GUN into Bronson’s tired hands and told him to get on with it. Vigilante Paul Kersey, now rocking a body count pushing triple-figures, would slip into the CoD universe with relative ease, having spat death from the barrel of a huge array of explosive weaponry in the Death Wish series’ continuing war against working-class minorities crime.

Scorestreaks would include frequent editing so he doesn’t have to run very far, a rocket launcher wrapped in the American flag, and Martin Balsam as a neighbor who turns up to provide constant exposition. Co-op potential would see a second player following Kersey around, literally carrying the ammo for his machine gun for him.

Before the fine work of Dave Bautista (as well as some of Dwayne Johnson’s latter roles) nobody gave pro-wrestlers any big screen props — with good-fucking-cause Santa With Muscles. But “Rowdy” Roddy Piper put in a great turn for John Carpenter’s sci-fi horror/cultural satire They Live. Piper’s down-and-out John Nada has the burden of insight, having discovered that Earth has been invaded by a disguised alien force, and must take proactive steps, mostly at the business end of a 12-gauge, to set the populace free from its unaware state of slavery.

Packed with famous witticisms and sporting great charisma, the late Roddy Piper would have been a fine addition to the Call of Duty universe. Melee strikes would activate six-minute fist-fights, and Nada’s secondary weapon would be special sunglasses which allow him to see which players are using aimbots. (Spoilers: It’s everybody).

Remember when the adorable Mogwai from Joe Dante’s comedy-horror donned a scarlet headband and started firing flaming arrows? You don’t, because while we’ve all seen Gremlins multiple times, we’ve all only seen Gremlins 2 once (apart from Destructoid’s own Occams… It’s pretty much his favorite movie). Anyway, Rambo Gizmo has the Combat Bow Scorestreak as his primary weapon — complete with pencil and Wite-Out blueprint — and also has the electrical ammo mod as standard.

Gremlins 2: The New Batch is actually from 1990, not the ’80s. But both Gizmo and Rambo are from the ’80s. Also it’s my list and, besides, you probably skipped to the comments ages ago.

Johnny 5 is ALIVE. I don’t like this movie. Ally Sheedy didn’t come back: Strike One. And that bit where the mafia beat Johnny 5 half-to-death was really disturbing. Then Johnny adopts “Mexican Gangster” dialect, which is surprisingly only the second most racist element of this movie. Anyway, put him in Call of Duty or something, he can have a laser and can scream horribly when you kill him, traumatizing generations of children scant years after the frightening robot in Superman III… Actually, put her in CoD.