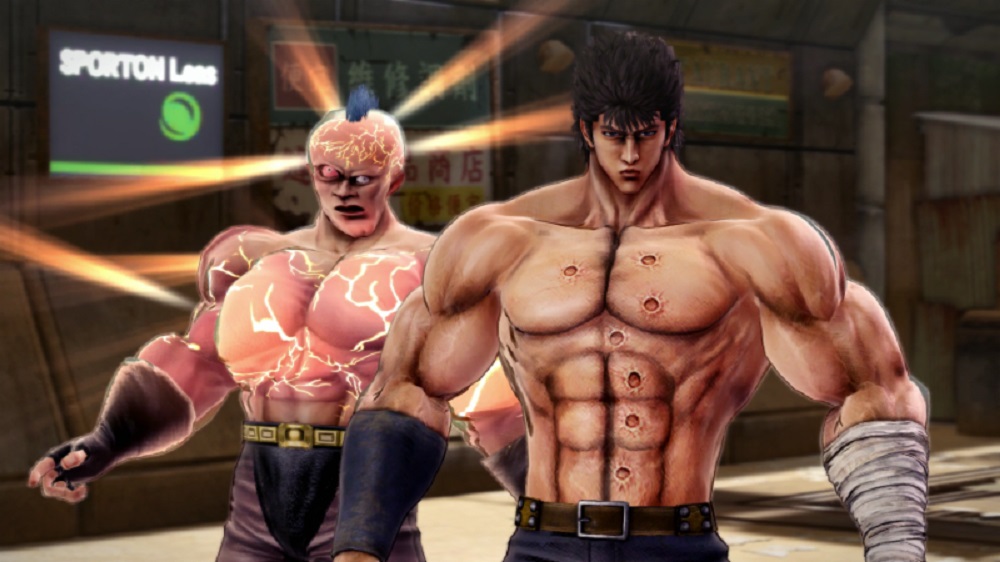 Ease my pain, ease my loneliness…

Sega have just announced that Hokuto ga Gotoku is coming to the West as Fist of the North Star: Lost Paradise. The game will launch in Europe and North America this Fall on PS4.

Created by Team Yakuza (Ryu Ga Gotoku Studio), Lost Paradise follows head-popper extraordinaire Kenshiro and his pals as they make their way through the horrifying desolated wastes of post-apocalyptic Earth. Attacked by scummy villains, biker gangs and fellow martial arts rivals, it will take all of our heroes’ limb-severing, eye-gouging skills to survive.

Plus, you get to burn around town in a sweet dune buggy.

The 1986 Fist of the North Star movie was the first anime I ever saw. It was so violent I had to keep the video hidden under my bed, lest my dad discovered what deviance I was watching and did some head-popping of his own.

Fist of the North Star: Lost Paradise launches on PS4 in North America and Europe October 2.