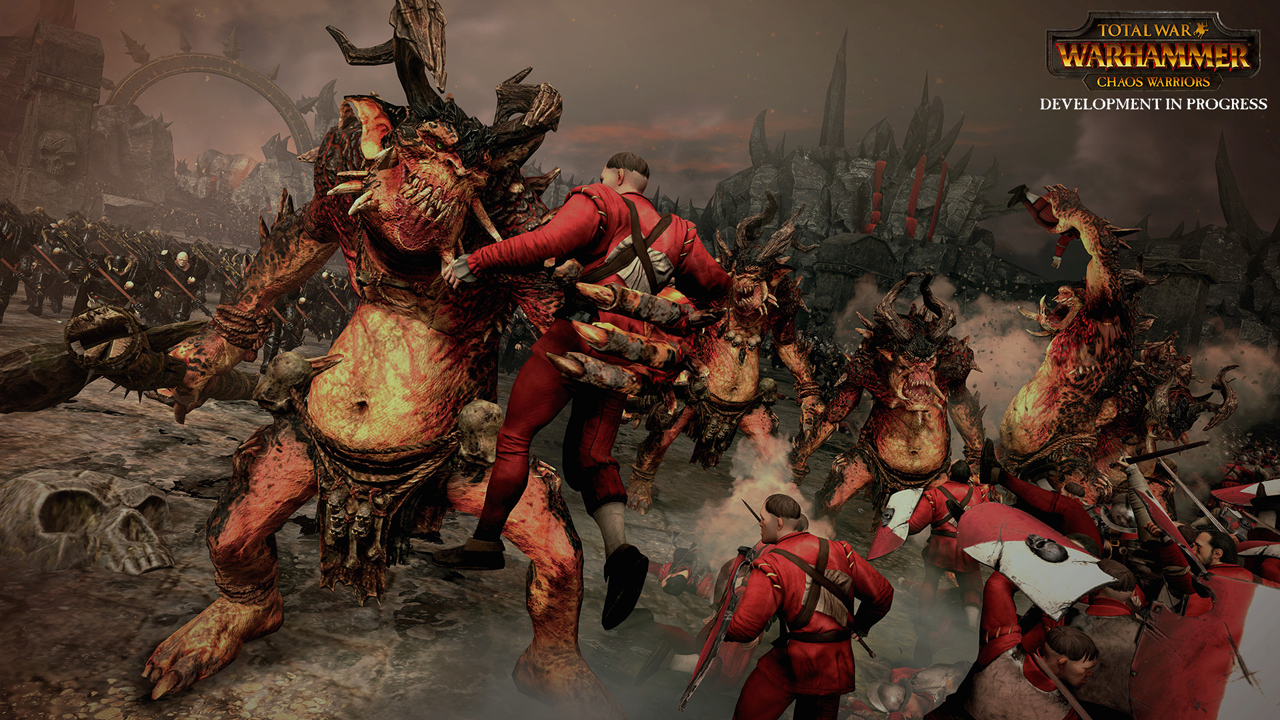 You no longer need to pre-order

Creative Assembly has extended its pre-order incentive for Total War: Warhammer. Now, players who buy the strategy title during its first week (up until May 31 at 10:00am Pacific) will also receive the Chaos Warriors Race Pack. It’s a seemingly small change, but an important one for folks who feel inclined to play at or around launch but prefer to wait for reviews to hit first.

Besides Dragon Ogres, Hellcannon, and some other badass-looking units, this pack has Legendary Lords with names like Sigvald the Magnificent, Kholek Suneater, and Archaon the Everchosen.

The faction uses a “horde” play style, “allowing the Chaos Warriors to raze enemy settlements and set up encampments anywhere, taking their war spoils with them. The armies of Chaos rest only when exhaustion halts their marching, leaving nothing but corruption and ash in their wake.”