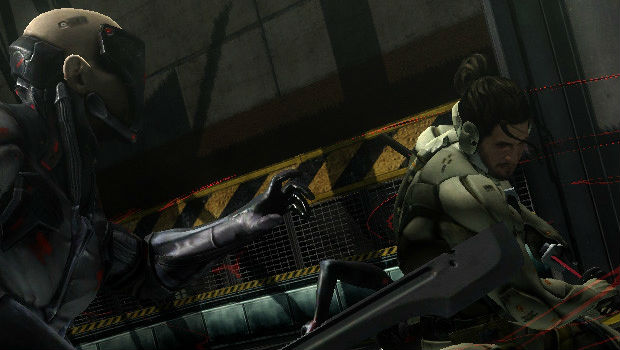 As if Metal Gear Rising wasn’t packed with enough content already, we now have word on a few extra bits of content heading to the game at some point in the future.

First, there’s confirmation of a side-scrolling beat ’em up VR mission that has Raiden going full fisticuffs, in addition to a Dwarf Gekko-centric mission.

The next bit is a DLC weapon called the “Soul Snake Wooden Sword,” that has the soul of Solid Snake embedded in it, and speaks Snake’s voice when you use it (crazy!) — it’ll come with the VR Mission pack.

Lastly, there seem to be two extra missions involving a playable Sam, one of the main antagonists of the game, and another involving the Bladewolf, Raiden’s trusty robot sidekick.

Right now there is no word on whether or not this is PS3 exclusive like the select VR Mission DLC. If you’re having trouble with the core game still, check out my guide!