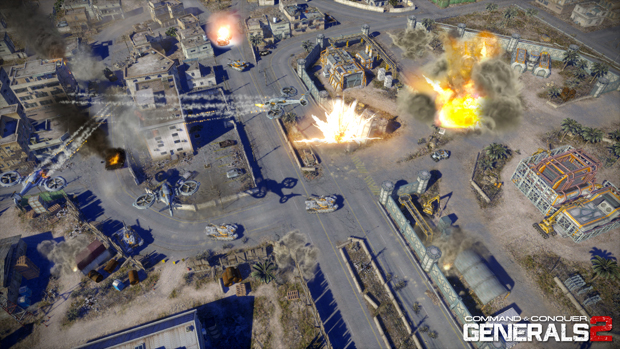 You’ve likely seen the reveal trailer for Command & Conquer Generals 2 by now, so let’s talk about the first details and screenshots. Powered by the Frostbite 2 engine, this one is coming to PC in 2013 by way of BioWare Victory. Yeah, seriously — this is what that teaser screenshot was for.

“With Generals 2, we are bringing the Command & Conquer franchise back to its roots, blending strategic gameplay with fast-paced action,” says executive producer Jon Van Caneghem.

The one-sentence back story can be described as all of the world’s leaders being obliterated in a terrorist attack, leaving behind military superpowers. That’s where you come in. You do want in, right?