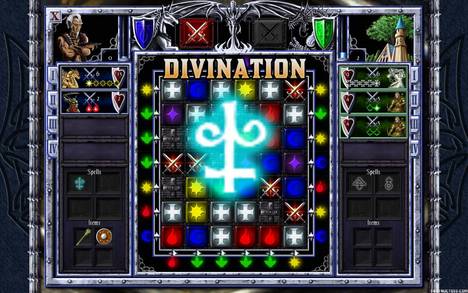 Infinite Interactive is really good at making Puzzle Quest. So much so that its releasing it again as the Zoo Games published Puzzle Kingdoms on the Wii, Nintendo DS, and PC later this year.

There’s not much information on the gameplay mechanic other than you match gems and gain mana to unleash magic attacks on your opponents. So … it’s Puzzle Quest, right? Which is no big deal, because Puzzle Quest is awesome; I’m glad that Infinite Interactive are sticking with what they know. I’m the kind of guy who goes to a fancy restaurant and orders a cheeseburger because it’s familiar and I like what I like. You won’t hear me complaining.

Puzzle Kingdoms will be available this holiday season.