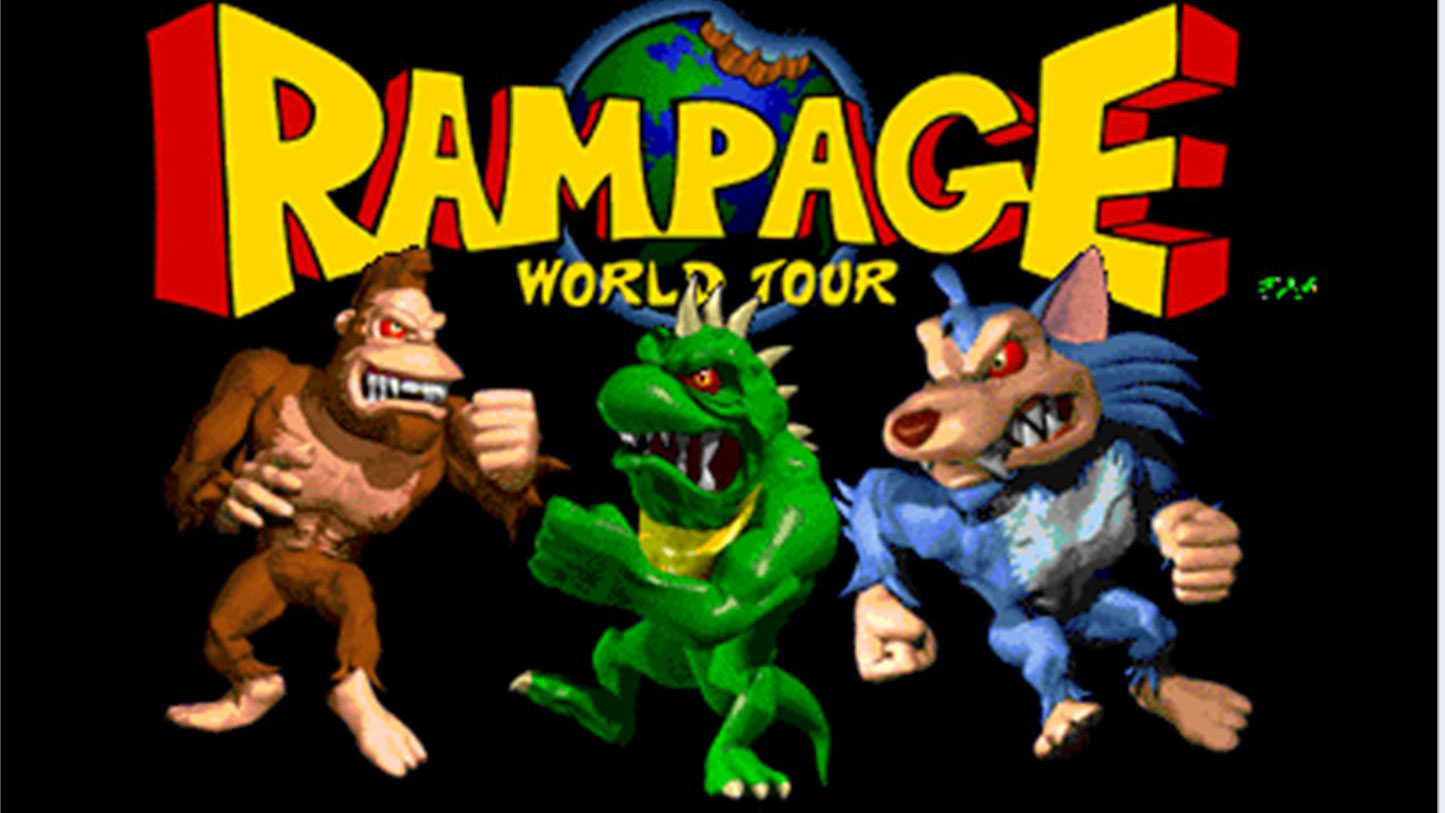 The Rampage games were never anything that special. Basically the same thing level after level for more than 100 levels with slight variations as things progressed through the years. But they hold a special place in my heart because I beat every one of them in one sitting with my best friend. Binging every Rampage game is no easy task, but hopefully binging the movie based on them will be.

Sorry, that was a horrible segue.

The point is here are the first images from Rampage the movie. They have Dwayne Johnson in a tight t-shirt as he is wont to do in movies. You can’t surmise much from the images, but surprisingly the film’s plot doesn’t diverge that much from the game’s. Johnson is a genetic scientist who is good friends with a silverback gorilla named George. After an experiment goes wrong George turns into a giant monster along with Lizzie the crocodile and Ralph the wolf. The monster then proceed to punch buildings and eat the inhabitants possibly falling off every once in a while because they punch a shower.

Of course there’s probably more to the plot, but I’m kind of hoping there isn’t. The magic of Rampage is in it’s simplicity. Thankfully, Johnson is partnering once again with director Brad Peyton for this film, and the two of them do simple real real good as is shown by their past work San Andreas and Journey 2. Those films weren’t good at all, but at least they’ve got experience in destroying cities and giant monsters so maybe third time will be the charm.