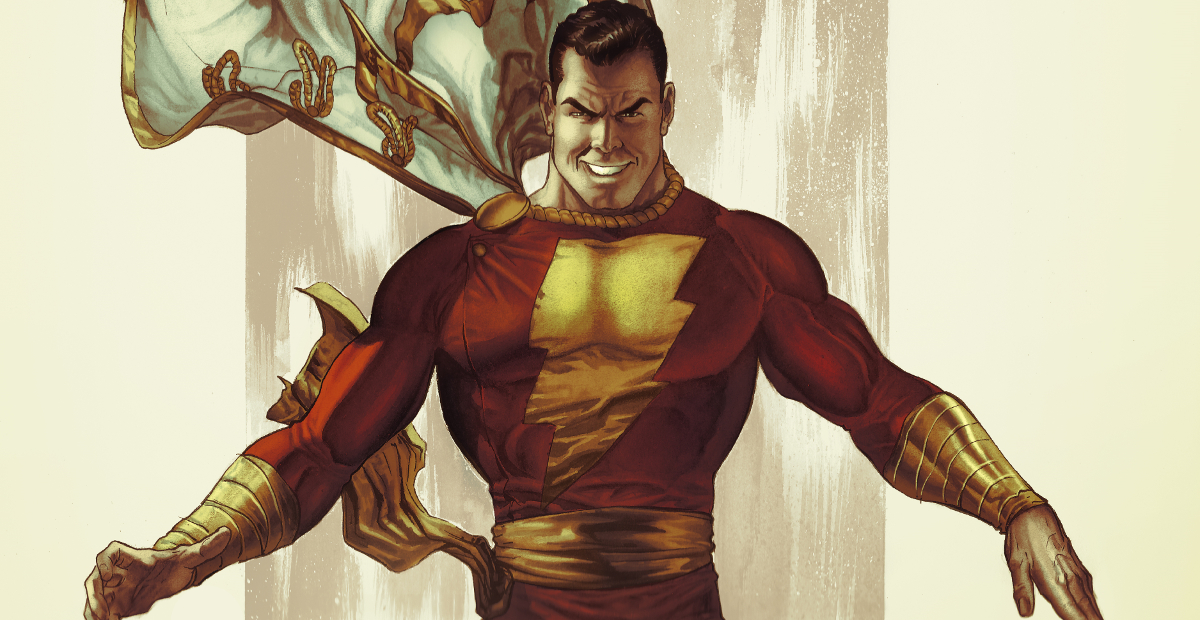 Despite the fact that filming on Shazam! wrapped on May 11 in Toronto, we haven’t been able to get a good look at anything from the set or any type of promotional materials outside of dodgy fan photos. Thankfully today the first official photo from Shazam! was revealed through an exclusive article with Entertainment Weekly, which you can see below. Fellow Flixist writer Hubert Vigilla wishes they would have gone full old school and taken away some of the modern lines but I kinda like the updated look.

The lead role of Shazam! is played by Zachary Levi of Chuck fame, and as the article points out, he has been hitting the gym to stave off any chance he will be compared to his former nerdy tech spy agent role. The movie will tell the tale of how young orphan Billy Batson is approached by an old wizard who gives him the power to become Shazam, a god-like being that takes his power from six mystical beings: Solomon, Hercules, Atlas, Zeus, Achilles, and Mercury.

Shazam! is currently scheduled for April 5, 2019 as part of the second phase of the DC Universe “plan.”