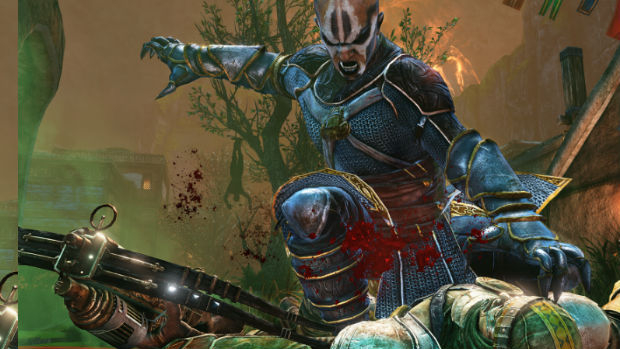 While Chris was bitter about it cashing in on the Legacy of Kain name, he did find Nosgoth a surprisingly enjoyably F2P third-person shooter in his preview. From this footage, I can see why. The four versus four, humans versus vampires set up looks fun, particularly when you get to play as vampires, running up walls and snatching humans up into the air and dropping them to their death.

It’s all a lot more lively (and colorful) than I expected.

The fourth vampire class, the creepy-looking Deceiver, is revealed in the third part of the video. They can masquerade as your teammates, down to the green aura around them that signifies friendlies. Pretty sneaky.