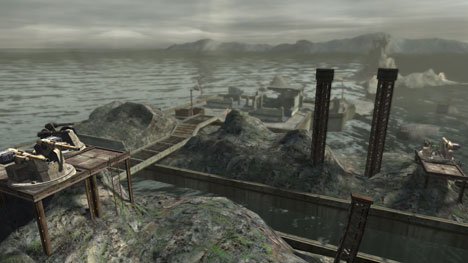 Remember when Capcom announced new multiplayer maps for Lost Planet? Well, it’s that time of the month again and the first map pack is now available on Xbox Live Marketplace for 400 Microsoft points. Since you can’t try before you buy, it’s probably best that you know what these maps are actually like:

“Radar Field,” a close quarters facility which is under construction and has a giant radar that provides a peak vantage point.

Lost Planet‘s multiplayer seems to be really hit or miss for most people. But, if you happen to be an LP junkie, Island 902 (pictured above) looks like a pretty sick addition to the game’s current map roster.