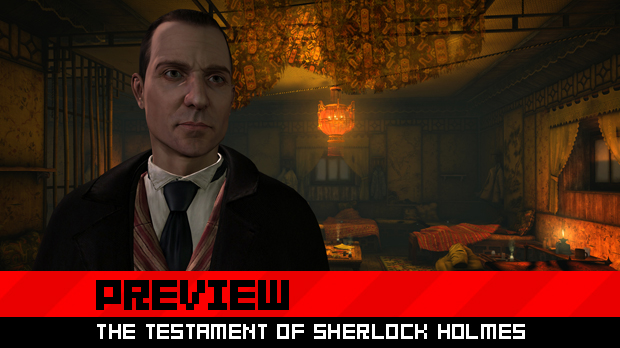 The Sherlock Holmes series has been more or less off of my radar completely, and they’ve been around for several different iterations (six games in total). The series has always been strictly PC, though the most recent title was also a late port to consoles. I love adventure games and have fond memories of many of the really old ones, but it’s rare that we see many examples of the genre with its generally slower pacing and plodding story development that turns off many console gamers.

When L.A. Noire hit store shelves and managed to top the sales charts in the first month of its release, it became apparent to developers that the face of the market had finally changed. Console gamers had grown a little weary of twitch-based shooters and were willing to try something different.

Granted, L.A. Noire didn’t exactly carve the niche on deep adventure games as it still relied on driving and shooting segments to keep the interest of console gamers — though surprisingly the greater number of players grumbled about these segments and found the actual sleuthing and narrative twists and turns of the story to be much more appealing.

Those same players may find a lot to like in Frogware’s The Testament of Sherlock Holmes; it’s being developed as a much deeper adventure experience than anything seen on consoles yet. 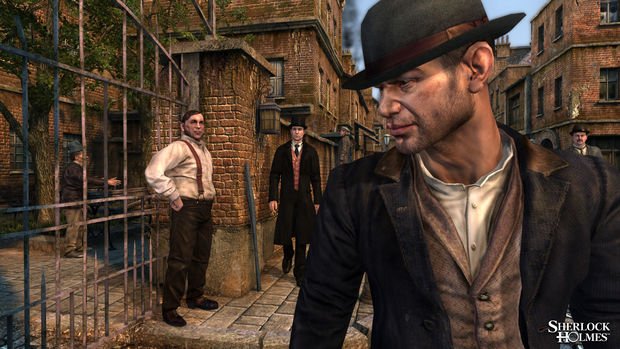 The first item of interest I noticed on this hands-off demo is how incredibly detailed the environments in the game are. Frogwares CEO Waël Amr explains to me that in the past, the team has always been limited in reaching the PC market by trying to aim for a middle ground with PC owners, so that the specs have been lowered to match the greater share of the market. With this latest game that is being developed with the current generation of consoles in mind, the development team has finally been able to really focus on polishing the graphics and creating the adventure game they’ve always wanted to.

As Waël takes the controller and guides Sherlock Holmes around the first environment, so many little details are difficult to ignore. A fish tank sits near the center of the room, and light plays across it beautifully. The arched doors leading into the room are intricately woven and incredibly accurate to the era. Everything about the environment demands a closer look, which is certainly a good thing as this is a game all about sleuthing. The character models are quite detailed as well, down to Holmes’ layered wardrobe and bemused expression. 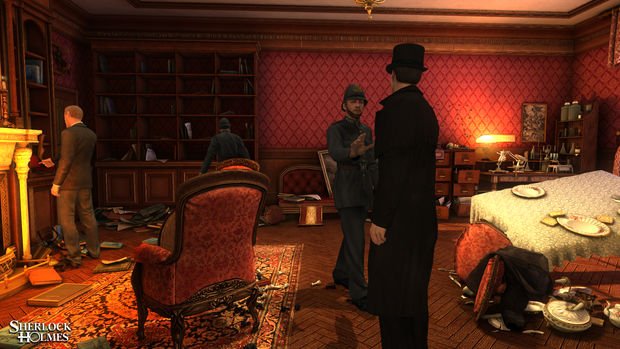 Waël shows me a hint system that recalls the help system in L.A. Noire. With the press of a button, small question mark icons pop up in areas where more clues can be found. The hint system cannot be pressed all of the time during an investigation, and it generally takes 15 seconds until it can be refreshed. This is in the interest of bringing the series to a wider audience, as previous Sherlock Holmes games were at times incredibly challenging.

The gameplay generally progresses as you gather clues and evidence in every form you’re able to discover, from written material and environmental cues to actual objects that you gather in your inventory. As you gather clues, you eventually piece together the evidence to come to a deduction.

After briefly meeting an Inspector Banks who is replacing Lestrade as the main competition to Holmes, the case that we’ve been exploring involving a stolen necklace is wrapped up. Waël skips the game ahead to the next day, in which the first clue to where the story is heading comes about in a newspaper article calling into question Holmes’ character by way of the proper return of a stolen pearl necklace.

The main premise of The Testament of Sherlock Holmes comes in the desire of the Frogwares development team to truly explore Holmes as a character. In previous games as in Sir Arthur Conan Doyle’s books, the cases were always about truly devious criminals. In this game, as you get further into the storyline, Sherlock Holmes takes increasingly darker approaches to solving crimes, up to a point where he commits murder. 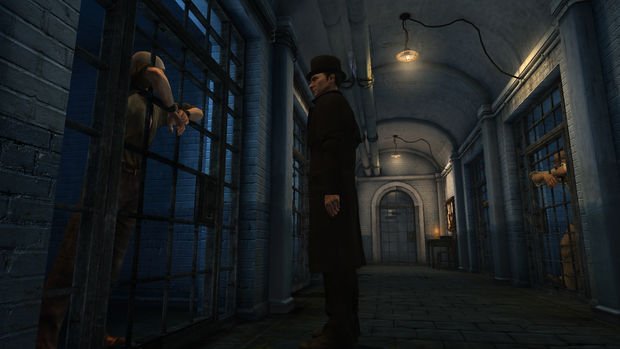 Waël tells me that you actually play the game as both Holmes and Watson, and as more events happen that call into question the nature of Sherlock Holmes’ character, you take on the role of Watson and are required to figure out if the famous detective is capable of such brutal actions or if something deeper is at play.

As this storyline is entirely original, the characters and events found within are also not necessarily canon. This also gave the development team more freedom to depict grisly murder scenes, as the murdered characters are entirely fictional as well. During the next sequence, Holmes tells Watson he has an immediate appointment with a famous bishop. Upon arriving, he discovers that the bishop has been the victim of a murder most foul.

This part of the demo also shows where the game has potential to really shine. The grisly murder of the bishop is so incredibly detailed that I almost had to look away. The bishop’s fingers were smashed and bent, and that was only the beginning of the torture put upon him. Yet I continued to watch in fascination as Holmes gathered clues and went about his usual sleuthing business.

Waël opened up the inventory at one point to show me how you can closely examine every object that your character collects, and I found myself a bit squicked out at the fact that Holmes had collected a mysterious lopped off finger. It hovered in the inventory space with such realistic detail that I really had to wonder who would keep an errant finger just sitting in their pocket. 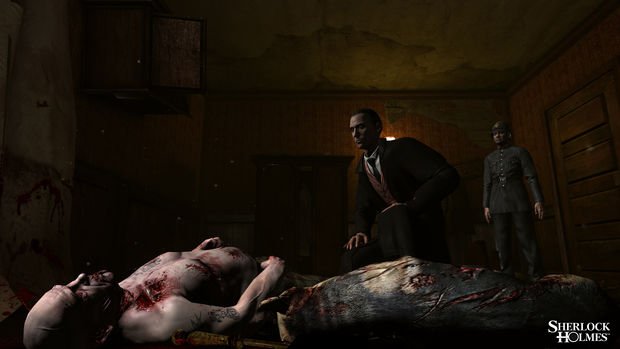 Though this is still a work in progress and not all of the voices have been put into the game, the voice acting that I did hear was fairly decent. I’m no expert on Sherlock Holmes or on British accents, but nothing the characters uttered stuck out as odd or grating, and fell pretty much in line with how you’d expect the characters in a Sherlock Holmes story to speak.

The demonstration was relatively brief and Waël skipped through a lot of dialogue and cutscene material to get to the key elements of the game that he wanted to show. Despite this quick whirlwind of a walkthrough, everything from the game’s intricately detailed environments to the intriguing storyline convinced me that this game is definitely a game to keep an eye out for. If you enjoyed the adventure and discovery elements of L.A. Noire‘s campaign, you will find a lot more to dig into in The Testament of Sherlock Holmes.