Today, Sony and Naughty Dog showed off the first gameplay for their upcoming survival action game, The Last of Us. The demo played out after the cutscene Naughty Dog released this morning. It was a short look at the cross-country journey of middle-aged Joel and teenage Ellie in a decimated world some 20 years in the future, but it gave us a solid idea of what we can expect. And I’m expecting really good things after seeing this. 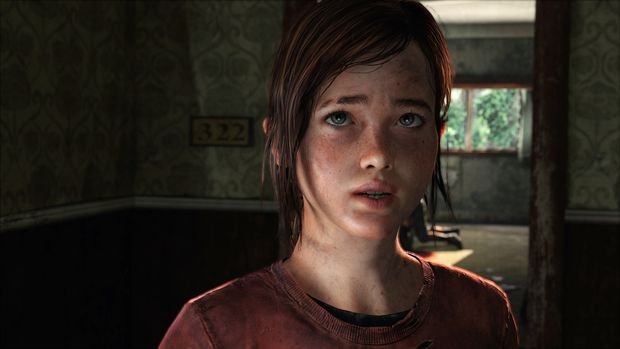 With this being an early look, not all of the game’s systems are in place right now. Naughty Dog says that we can expect gameplay focused on paralleling the player’s emotions with those being felt by Joel and Ellie. They’re trying to a create a reality where players will feel the same tension, instilling in them the survival instinct that the characters will rely on.

Even at this early stage, The Last of Us is gorgeous. A city overgrown with vines and weeds is as lush as you’d expect from the makers of Uncharted. They’ve beefed up the lighting, building on Uncharted‘s already stellar engine to include more ambient sources and softer lighting, making the world feel richer and more realistic. I saw gorgeous afternoon sunlight shimmer through windows in the ruined town, with just enough light bouncing off the floors to illuminate rooms in a world where electricity is no longer available.

The music of The Last of Us will also be approached from a different angle, a different context. In the demonstration, we only heard one song from Joel’s truck, a country tune about how the world will end.

The game’s focus on survival will bring about AI that goes beyond standard enemy fodder. Naughty Dog says that they want each enemy to feel real, and have realistic animations to match. Even in this short demo we could see that each encounter Joel and Ellie had to work through felt unique, with each attacker having their own behavior. The game’s balance-of-power system will have enemies reacting appropriately to how Joel and Ellie are armed. A group encounter would have enemies behaving differently from a lone attacker, for example, and a gun in hand will see an attacker react in a much different way than a brick might. 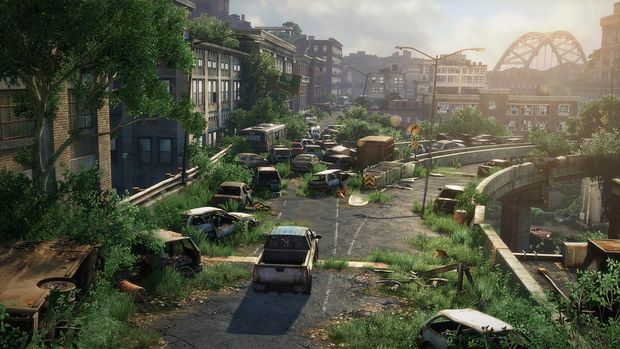 The demo starts out with Joel and Ellie riding in a truck on a highway, heading into piles of abandoned cars with busted windows. Joel contemplates turning back, but decides to press on. A disheveled man in a hoodie calls out for help, but Joel ignores him, telling Ellie that “he ain’t even hurt.” Joel suddenly runs him over with the truck, but quickly finds that other attackers have come out of the buildings of the abandoned city, throwing bricks and rocks at his vehicle.

A few of the attackers push a bus down a hill, plowing it directly into Joel’s truck. After the crash, ambushers pull Ellie and Joel out of the truck and begin beating them up. Joel fights back and acquires a gun, at which point the cutscene transitions seamlessly into a gunfight. That ends quickly as Joel runs out of ammo, defending himself behind the counter of an abandoned store. Ellie saves the bullet-less Joel after he tries to fire a shot (click!) by calling an attacker to distract him (“Hey, fuckface!”) and then throwing a brick at his head. Joel takes his opportunity to jump out and punch the attacker, narrowly escaping.

Joel and Ellie continue to fight their way out of abandoned buildings, hiding from these organized attackers, taking each of them out individually in very brutal, cinematic fights. All of the encounters seem to use tools found around the environment, like bricks, boards, and spare ammo, and all of them appear to be quite the struggle. They’re violent, with face bashing, glass slashing, and forceful fistfights. And between bouts, Joel and Ellie work to find supplies that will help them survive another battle.

Eventually, Ellie finds a way out of the area through a garage door. The building itself looks to be a temporary home for squatters, which the two call “hunters.” They loot the building for supplies as they make their way to the roof of the building, moving past several rotting bodies. “I knew I should have turned the damned truck around,” Joel mumbles as they leave.

The serious tone and high tension of the stage break for a brief moment when Joel scolds Ellie for moving too far ahead of him. He warns her to stay behind and keep her voice down, but she responds by saying “OK!” in a voice that seems to mock Joel’s gruff, scratchy tone. 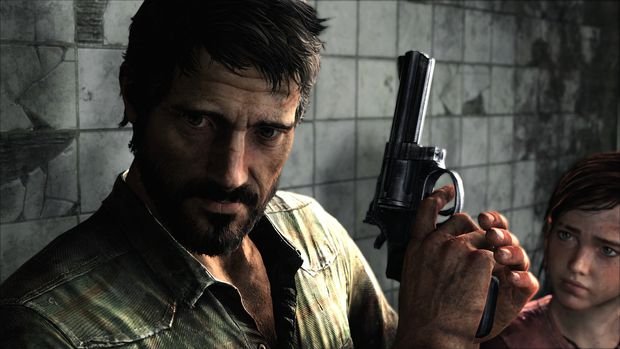 A glimpse of backstory is revealed when Ellie asks Joel how he knew about the ambush. He tells her that he has been on both sides of the situation. Later, Ellie asks Joel how many innocent people he has killed in the past. He brushes her off, replying, “Just search the place.”

The two make their way out into the open, moving past a permanent traffic jam of cars, each filled with dead people.

Ellie: “What happened here? Hunters do this?”

“My money is on the military,” says Joel. “Can’t let everyone in. Sacrifice the few to save the many.”

All of the cars seem to have been pointed in the same direction, headed toward a gate labeled Military Security Zone Checkpoint. Looks like they never made it. Hopefully Joel and Ellie will.

After seeing this, I hope Naughty Dog fans are not expecting anything like Uncharted, as this is completely different. Forget platforming and rock climbing to pretty locales so that you can shoot enemies from a distance. This is violent, close-quarters combat in a tense world where you’re forced to creep around to survive. This game may be just as beautiful as Uncharted, but you’ll be too busy striving to survive to stop and enjoy the scenery. That said, it’s already clear that we can count on more of Naughty Dog’s impeccable storytelling and deep characters.

I was already quite excited for Naughty Dog’s take on survival action, but after seeing this first gameplay demo, I’m practically vibrating with anticipation. They promise a brand-new look at the game at next month’s E3, so stay tuned.