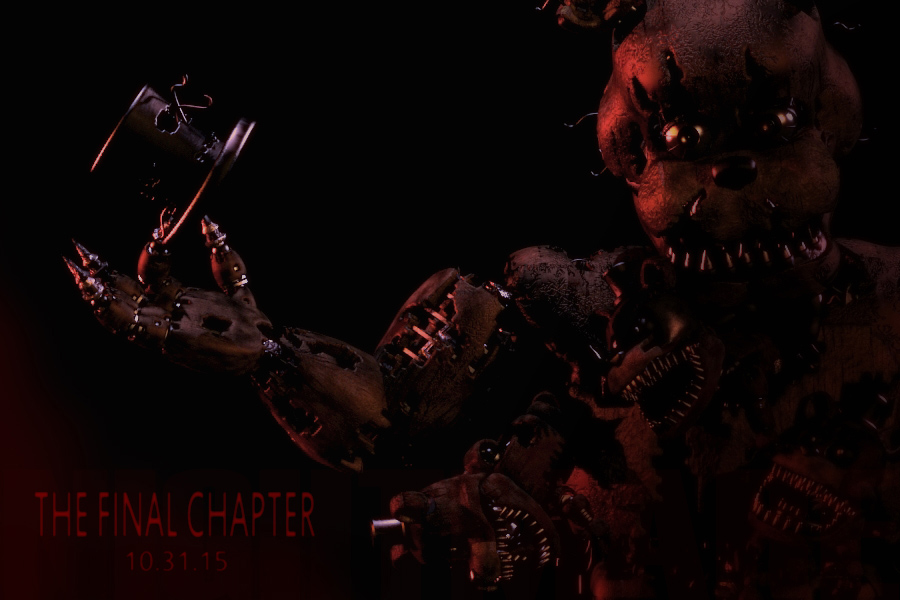 When there’s this much money to be made, the series must go on.

Developer Scott Cawthon is teasing Five Nights at Freddy’s 4: The Final Chapter with a horrifying image I’d like to erase from my mind. I don’t know what I’m looking at here, lore-wise, but it isn’t very pleasant at all. Except the little top hat — that thing is silly.

Five Nights 4 won’t release until October 31, 2015, which is strangely reassuring to hear given the rapid pace at which these titles typically go through production. Wonder what’s in store. I’ll let you find out. (Yes, you, Nic Rowen. I see you reading this.)