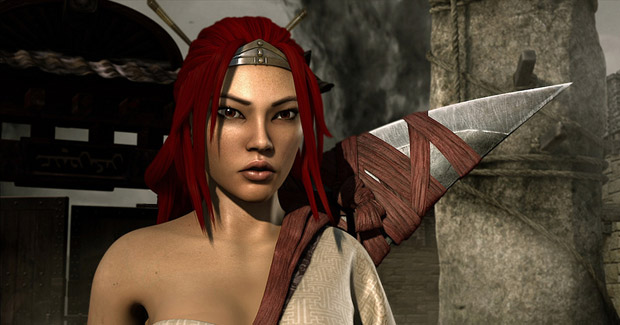 That direct-to-home-video Heavenly Sword movie didn’t inspire much confidence when it was first talked about. This trailer, I’m sorry to say, has done little to change my mind. The CG animated film from Blockade Entertainment is due in spring 2014 worldwide and stars Anna Torv as Nariko, Thomas Jane as Loki, and Alfred Molina as King Bohan.

Think I’ll give this a pass and continue holding out whatever hope I can that we’ll eventually get a proper sequel. The advancements in hair tech since 2007 would be reason enough.