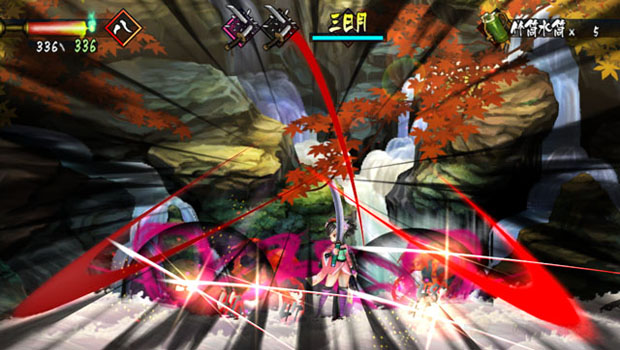 The Vita seems like its becoming something of a home for underappreciated Wii games. That is, atleast is Marvelous is any indicator. The company recently teamed with Konami to bring New Little King’s Story to Sony’s double-breasted portable and Oboromuramasa is next on the docket.

While we already knew Vanillaware’s 2009 classic would be making the jump to Vita on March 28 in Japan, we hadn’t yet seen what it would look like on the system’s OLED display. Well, Marvelous has remedied that situation by providing some screenshots of the upcoming release and boy do they look gorgeous. Couple that with the additional content from four new campaigns and, well, if we could just get a Western release things would be just great.