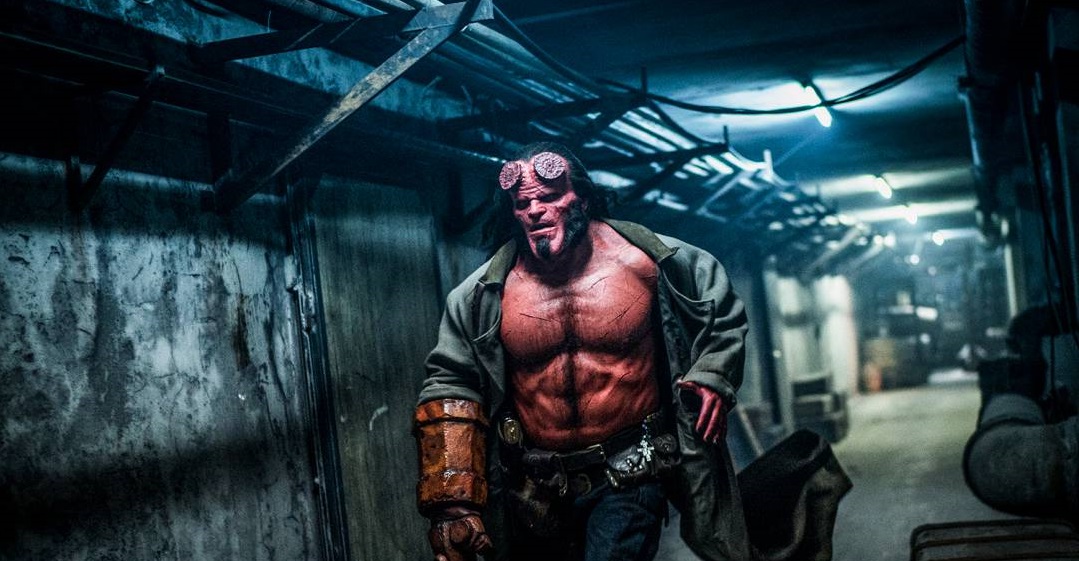 Hellboy is coming back, but this time he’s coming back hard. Horror director Neil Marshall is taking over the reins and he’s basically been promising since day one to get real weird up in this thing. This first look of Hellboy himself from the film — publicity shots aside — confirms none of that, however. It’s just a picture of Hellboy running in that hallway that every horror movie has to have in it at some point.

I mean seriously, is there only one damn poorly-lit, underground hallway that every movie has to shoot in?

But I digress, we’re all here to talk about how David Harbour looks as the big, red demon himself. I’m still liking it, though The Right Hand of Doom looks a little more like The Right Hand of Styrofoam in this shot. Considering Marshall’s track record with making small budgets into great horror, I’m guessing that won’t be an issue once the final movie rolls around.