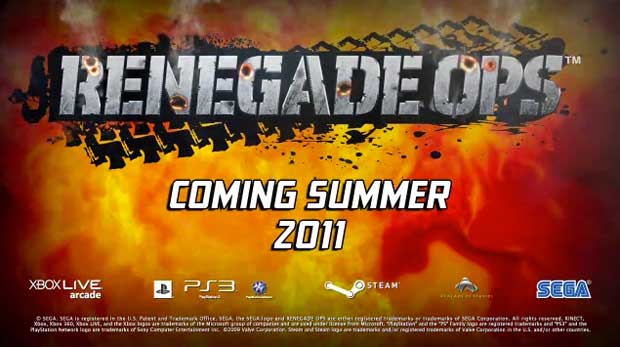 It’s not Just Cause 3, but if you’re looking for total chaos, Avalanche Studio’s Renegade Ops will do the trick.

Published by Sega, the game makes its public debut in this short teaser trailer that packs in more explosions and mayhem than most games can muster up from start to finish. The top-down vehicular shooter is slated to be a downloadable title for Xbox 360, PlayStation 3, and PC some time this year.

Speaking with Eurogamer, Avalanche’s Andreas Thorsén said the game is influenced by classics like Jackal, Cannon Fodder, and Jungle Strike. He added that it’s “all about driving or flying around blowing stuff up while playing with your friends,” adding that it’s a “dream project.”