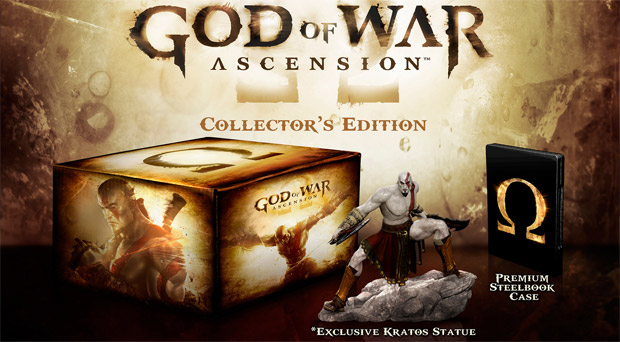 And a glimpse at the pre-order bonus

While details about the collector’s edition for God of War: Ascension got out early due to a retailer listing, Sony has now shared the information itself, along with an image of what the box, Kratos statue, and steelbook case look like.

In addition to those items, the CE contains Ascension‘s original soundtrack, a double XP unlock for multiplayer, a pass for post-release downloadable content, a dynamic PlayStation 3 theme, and a PlayStation Network avatar pack. The price, $79.99, doesn’t seem too unreasonable given those pack-ins and depending on what the DLC amounts to.

We also got a look at the incentive for pre-ordering either the collector’s or standard edition of Ascension, the “Mythological Heroes Multiplayer Pack.” If you have a soft spot for Odysseus — or Perseus, Orion, or Achilles — you might be inclined to put money down.