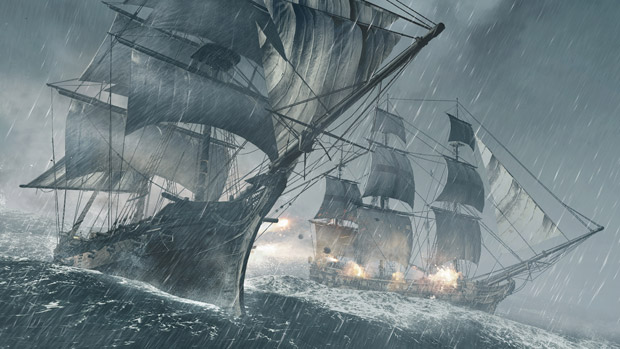 Watch out for sharks

This first real look at Assassin’s Creed IV: Black Flag in motion is, at times, breathtaking. To some extent, that’s to be expected given the setting, but wow — this looks like a world I want to explore.

Although the Assassin’s Creed series isn’t exactly my cup of tea, sailing ships and swimming in the Caribbean sounds like one heck of a good time. I have to wonder how much Ubisoft will cater to the new audience that is merely in it for the pirate theme. I can’t be the only one here.