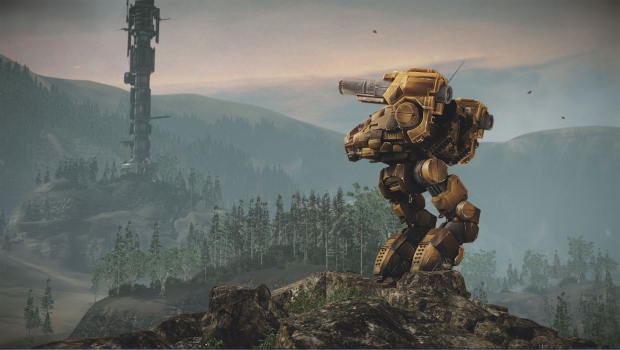 Okay, I know what you’re thinking, and no, MechWarrior Online is not going to have the catapult you’re thinking of. When I first went to check out the screenshots, I was expecting some sort of futuristic giant catapult that launched mechs across a battlefield or something. Yes, I know that’s stupid, but I’m into that sort of thing. Don’t judge me.

Anyway, the screenshots instead reveal the Catapult mech. As in, a mech that can launch missiles on a giant area without having to actual visually see the enemy (with the help of a spotter, of course). These are also the first screenshots of the game we’re seeing, so that’s exciting. Unless you would rather see the game in action, then I’d advise you to go check out that trailer from awhile back. Screenshots are still good fun, though.

Ever since the Chromehounds servers were shut down, I’ve been waiting for another strategic mech game to come out. Now there’s a few of them. It’s going to be a good year.