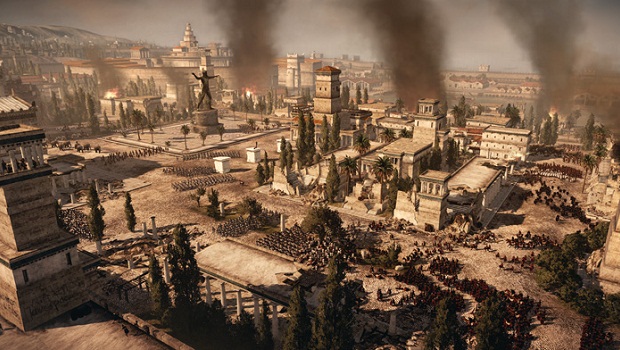 I don’t actually see much “gameplay” as there appears to be very little right clicking on units and such like; the trailer itself shows off the last desperate attempt by the Roman general Scipio Aemilianus to finally break the siege of Carthage.

I imagine the cutscenes here are woven into the actual mission you’ll be playing; Creative Assembly has said they want to inject more story and character into the scenarios you’ll play. Also glimpsed in the trailer is the exciting prospect of simultaneous ground and sea battles. (Just a quick note, you can skip the last 45 seconds of the trailer. There’s no gameplay footage after the minute mark).