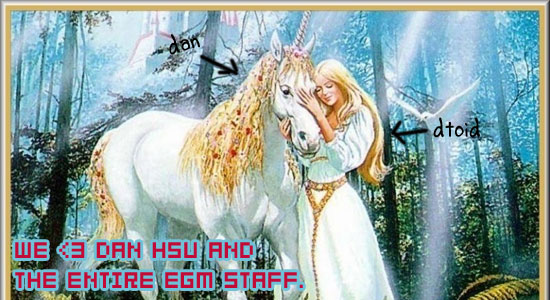 As promised, Electronic Gaming Monthly managed to get a first look at Soul Calibur IV, and here are the scans from the magazine. The level of detail in the graphics includes “leather straps on Ivy’s thighs make real-time indentations into her skin as she fights,” and even “ridiculously endowed ninja gal Taki, who demonstrates what happens now that consoles can chum out superflucous polygons to render realistic nipples under a skintight leotard.”

In my opinion, Soul Calibur I is the best 3D fighting game ever released, and after two dull sequels, this one seems to bring a fresh breeze into the series. You can check out the other impressive in-game scans below.

[Update: No one listens to me around here, but they do listen to lawyers. The images have been removed at the request of Ziff-Davis. They can be seen in the latest issue of Electronic Gaming Monthly, which I highly recommend you go out and buy, because — come closer, I have a secret — print is not dead. -Nick]