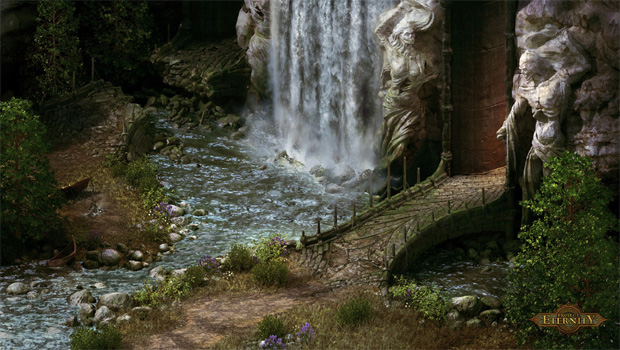 The first screenshot of Obsidian Entertainment’s Kickstarter-funded title, currently known as Project Eternity, has been released today. It’s pretty damned gorgeous too, featuring a waterfall and what looks to me to be some kind of temple entrance. Neato.

In addition to the screenshot, additional information has been revealed through the project page on Kickstarter, including a ton of lore about the world they’re building. Additional stretch goals have been added as well, including a stronghold players can take over and a new city, which will be implemented should funding reach $3 million and $3.5 million, respectively.

Obsidian has raised $2.6 million from its Kickstarter drive so far, with five days remaining to squeeze out a little bit more funding from fans eager to see the developer’s vision come to fruition.