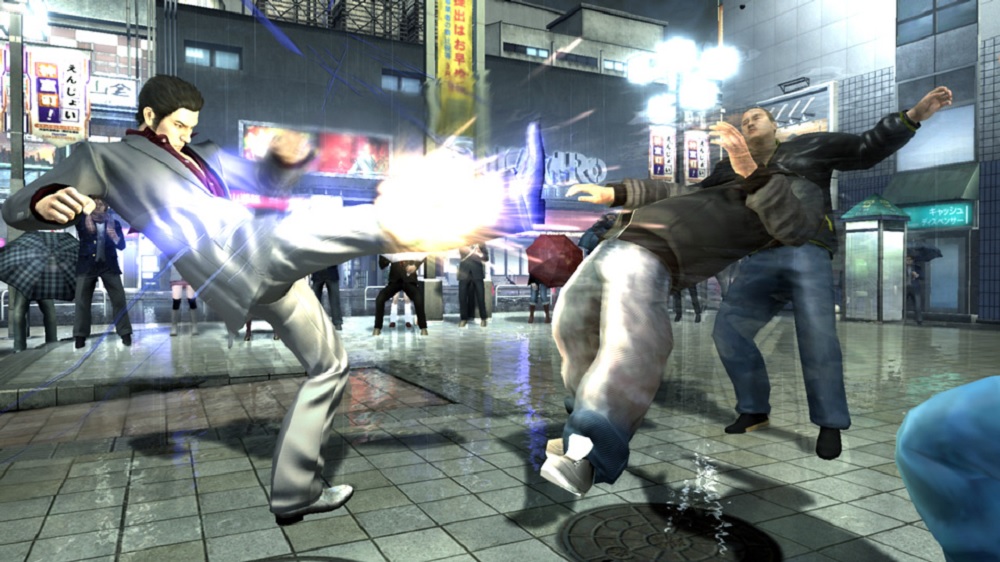 Sega has uploaded some footage of Yakuza 4’s PS4 remaster to YouTube. Along with showing off a much higher resolution and a rock-solid framerate, this is also the first look we’re getting of protagonist Masayoshi Tanimura’s new actor. Famtisu had revealed screenshots, a release date and details about the remaster days ago and some fans were left scratching their heads at the recasting of a main character.

Why don’t you take a look a judge for yourself?

In all honesty, I had a hard time distinguishing him in the first shot of the trailer. From his side profile, new actor Toshiki Masuda bears resemblance to original actor Hiroki Narimiya. It’s everywhere else that comes off odd to me. I’m too used to Narimiya’s voice and I just cannot get on with that weird face in close-up shots.

Those nitpicks aside, everything else looks just as I remember it in Yakuza 4. The game has some excellent ambiance and that is being completely retained. Seeing as how this isn’t a Kiwami style redo, that makes perfect sense. It still sucks about Tanimura’s complete change, though.