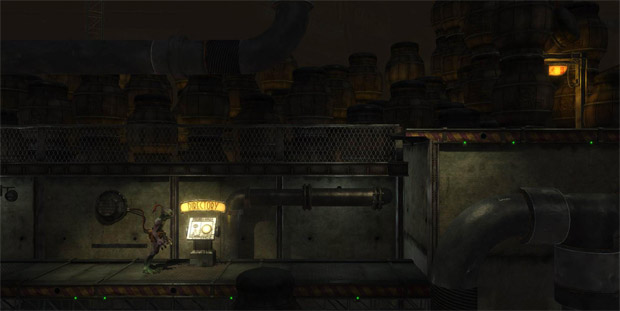 As determined by you, the fans, Just Add Water’s remake has been named Oddworld: Abe’s Oddysee – New ‘n’ Tasty. If it’s been a while since you’ve played or even seen the 1997 original, you ought to take a look to get a real sense of how much work has gone into this project. Even for pre-alpha footage, I’m impressed.

New ‘n’ Tasty is scheduled to release in Q4 2013 on Xbox Live Arcade, PlayStation Network (PS3 and Vita), and also PC at a later date. With the new 2.5D perspective, the developer has taken a “retro neo approach” in which 80-90 percent of the level design and puzzles are the same, reports Eurogamer.

Abe’s Oddysee seems like a great fit for a reimagining. The graphics of the original haven’t aged particularly well, but the game and its world are obviously still beloved. Hopefully with more modern visuals, new players who missed out before can be introduced to Oddworld.