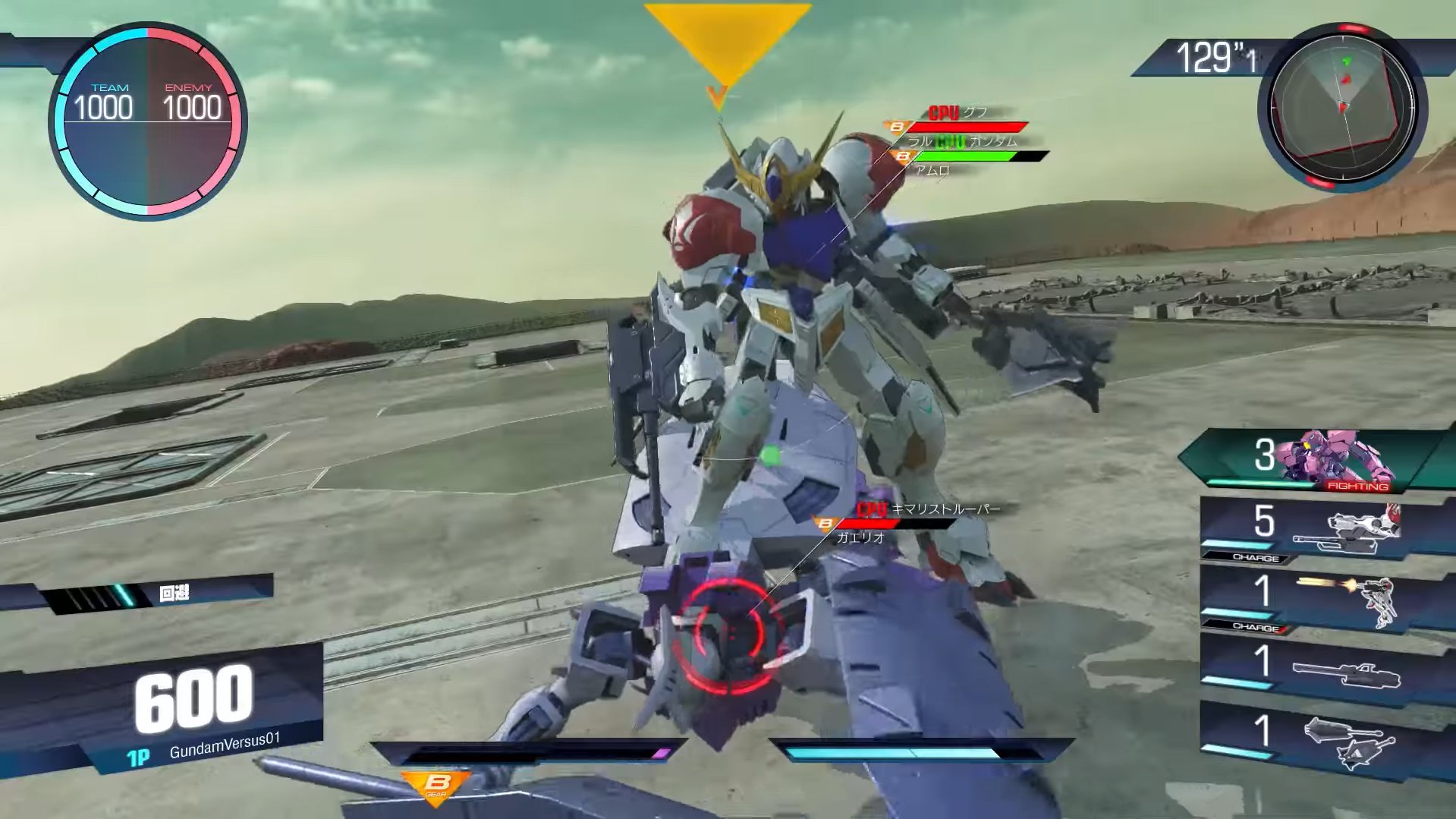 Bandai Namco has released a trailer today for Gundam Versus today, showing off the previously announced DLC mobile suit Gundam Barbatos Lupus from the recent hit anime Mobile Suit Gundam: Iron-Blooded Orphans. The trailer not only shows off the gameplay of the Gundam, as well as its health and abilities, but also what other content is included. Overall, it’s a mixed bag.

The good news is that Barbatos Lupus looks like it will be a decent to great Mobile Suit to play as. Its sword-mace is primarily used for its basic attacks, resulting in a decently large hitbox, with a decent ranged game via its abilities. Overall, its play-style appears to be more rush-down focused. However, what hurts is the amount of extras that come with it.

Those expecting many extras with the downloadable mobile suit will be severely disappointed. The only other content is the ability to use the included mobile suit as a striker, like an assist in Marvel vs. Capcom, as well as three exclusive titles. That’s all you get with it, which is a shame, as I would’ve appreciated more content and character cameos from Iron-Blooded Orphans, including more strikers and navigators.

Gundam Barbatos Lupus will be available for purchase in Japan for 602 yen, which is approximately $5.49 USD, sometime in late July, similar to the recently announced Gundam Virtue pre-order DLC. Those who purchased the Premium G Sound Edition, exclusive to Japan, will have access to Barbatos Lupus, Virtue, and Hot Scramble Gundam for free and on launch day. At this time Bandai Namco has not shared how it will be handling the DLC when the game is released internationally.