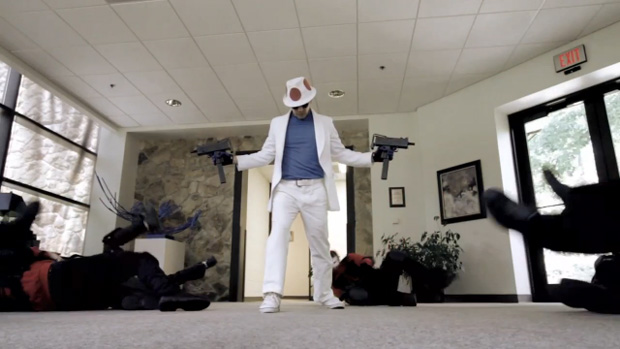 Future episodes to be funded through Kickstarter

It took a while, but Beat Down Boogie (Modern War Gear Solid) has finally released the first episode of its next grand mini-series. Mario Warfare takes a much more serious tone compared to MWGS, but the action is nevertheless exciting. It definitely doesn’t hurt that the fight choreography was lifted directly from the cult classic Equilibrium.

The second episode is already completed, but it has exhausted Beat Down Boogie’s funds. Thus, it is once again up to Kickstarter to save the day. The team is only looking for $20k, but if $30k is reached, they’ll film a special movie starring Mario / Snake actor Matt Sumner as Sailor Moon. Even better, at $40k they’ll make a brand new episode of Modern War Gear Solid.

So what’s it gonna be, brothers and sisters?