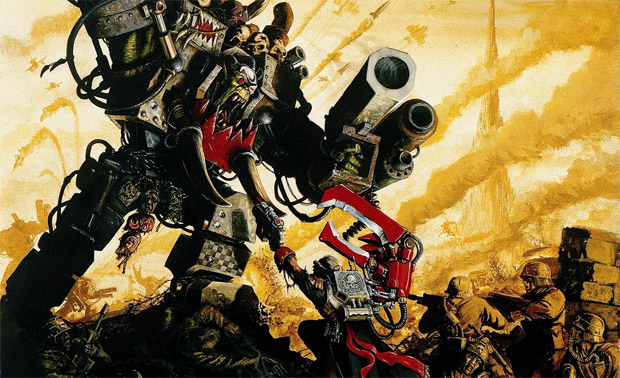 Uses the Battle for Armageddon setting

Going off the original announcement for Slitherine’s Warhammer project, we knew that it would be a turn-based game but not much else. That tidbit is correct, and now we’ve got more to go on: Warhammer 40,000: Armageddon will be hex-based, built off Games Workshop’s Battle for Armageddon setting, and multiplatform (PC and iOS), for starters.

The story, centered around the Second War for Armageddon, is spread across 30 main scenarios not including tutorials. Thankfully, characters will retain their experience and equipment from mission to mission. Slitherine has also promised 100+ unit types with 20 different stats, an editor for modders, and a separate selection of maps “designed and balanced specifically for multiplayer” with the company’s PBEM++ system.

Armageddon is going to be the real deal when it drops in Q1 2014, I think. “It’s been almost 15 years since a turn-based strategy game set in the Warhammer 40,000 universe has been released and we think it is now time to deliver that experience to all fans around the world,” said Slitherine development director Iain McNeil.