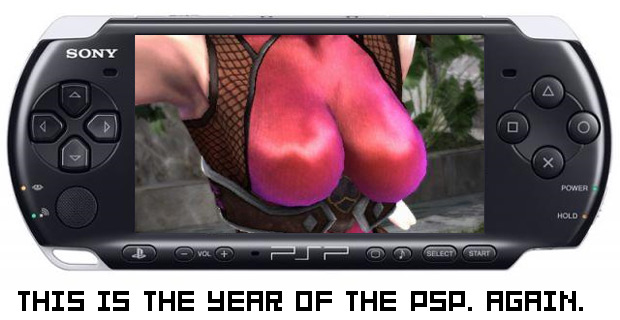 Similar to how every year since the PlayStation Portable’s inception has been proclaimed as the “year of the PSP,” it’s looking as if the popular phrase is going to continue going strong in 2009. Soulcalibur: Broken Destiny is the latest in the line of games aimed at renewing interest in the system, so now is probably as good of time as any to tell you about the recently-revealed game.

Namco gave GameSpot the opportunity to play the PSP-exclusive recently, and they summed the experience up as a game “made specifically” for the system “with many of Soulcalibur IV‘s features, plus enhancements and new characters.”

Rather than being a straight port of SC IV minus the Star Wars characters, Broken Destiny has been designed “to target beginners and novice players with SC IV‘s content” alongside improvements to mechanics like “critical finish, soul crush, and armor destruction.”

At this point in time, I feel extremely confident in saying that I have no idea what to think about this game. There’s too little information for me to put Broken Destiny high up on my radar, but I will be looking out for whatever new details emerge in the coming months.