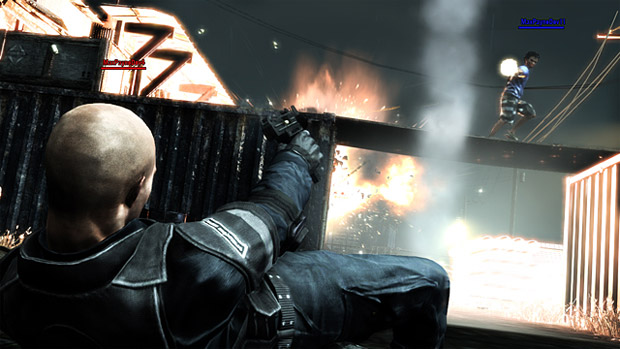 We knew that Max Payne 3 would indulge in multiplayer, but weren’t entirely sure how Rockstar would bring competitive play to fruition. Enter IGN with its exclusive look at Gang Wars.

The team has attempted to infuse Gang Wars with narrative, which comes by way of voice overs and motion comics. Interestingly, objectives will shift on a round-to-round basis, hopefully providing for more fluid, contextualized multiplayer mayhem.

Yeah, there are perks, too — Rockstar has dubbed them “Bursts.” A few examples include Bullet Time (which works based on line of sight), Paranoia (enables friendly fire for the opposing team), and Intution (enemy silhouette become visible). I can’t feel much beyond apathy, but I’ll keep an open mind.