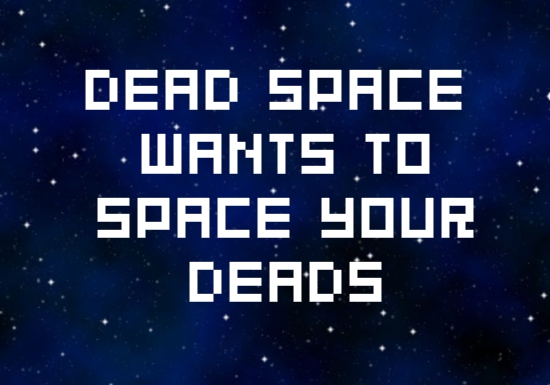 “In the brilliant, bold and often-bloody Dead Space, gamers will step into a third-person sci-fi survival horror experience that promises to deliver the ultimate in psychological thrills and gruesome action.”

Since I like my psychological thrills and gruesome action pretty ultimate, that certainly sounds promising. Of course, many EA titles sound promising until they actually release something like Boogie. Dead Space will star Isaac Clarke, whose engineering job takes him to a mining ship where there are communication problems that need fixing. Sci-Fi — always with the mining ships.

“It is not long before Isaac awakes to a living nightmare when he learns that the ship’s crew has been ravaged by a vicious alien infestation. He must fight through the dead silence and darkness of deep space to stay alive.”

Sounds pretty standard as far as sci-fi goes, but the devil’s in the details and until we see some actual gameplay, there’s still everything to hope for. Once again, I commend EA for its commitment  to exploring new franchises, but until some top quality titles are produced, the company’s stigma will cast doubtful shadows over everything it tries. Can a company change? Dead Space and its survival horror sensibilities will be a very interesting title for Electronic Arts in that respect.