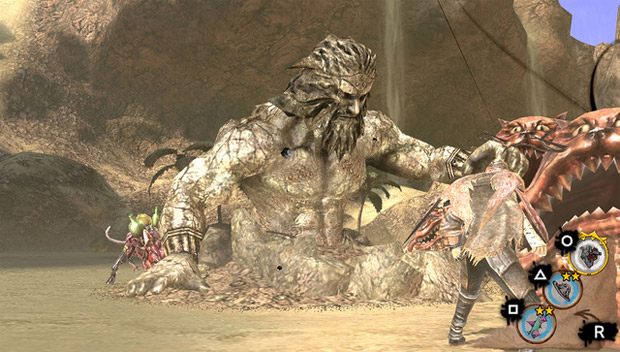 Yes, the first chapter of Soul Sacrifice is what makes up the demo released today on PlayStation Network. As if that weren’t reason enough to give this disturbed third-person action game a try, save files are compatible with the full Vita title; transferring your data over will unlock the exclusive Spirits’ Heart item for summoning a stone golem. And we both know you like stone golems.

As covered in the PlayStation Blog post, multiplayer functionality for ad-hoc and online play is also featured, though the online option is restricted to those who play prior to Soul Sacrifice‘s launch on April 30, 2013. After that point, only single-player and local multiplayer will be accessible.

“We knew that cutting out a small section of the game and saying, ‘Isn’t this part fun?’ would not show the users the full potential of the game,” said designer Keiji Inafune. “We figured that it wouldn’t make sense if the users could not have the ‘I want to play more’ feeling.”