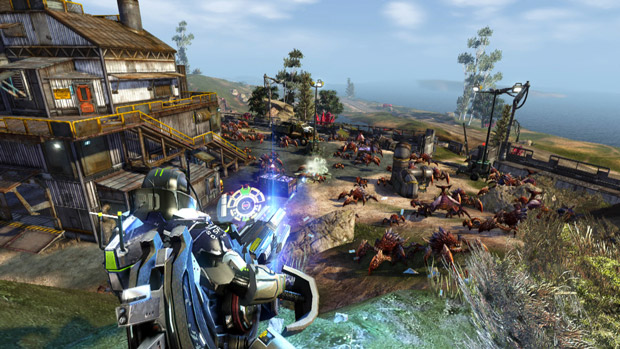 At PAX East, the first gameplay footage of Trion Worlds’ Defiance was unveiled. This game is notable for two reasons, the first being that it’s a massively multiplayer online shooter for Xbox 360, PlayStation 3, and PC.

The novelty continues with a bit of transmedia synergy. On top of the game Defiance, there’s also going to be a television show of the same name appearing on SyFy. The pitch is that “the show and the game will influence each other and evolve together over time, with actions in both mediums driving the overall story.”

Based on this pre-alpha trailer, Defiance looks like a standard sci-fi shooter. And I won’t be surprised to find out that the show is similarly straightforward. Even still, conceptually, this is really neat.