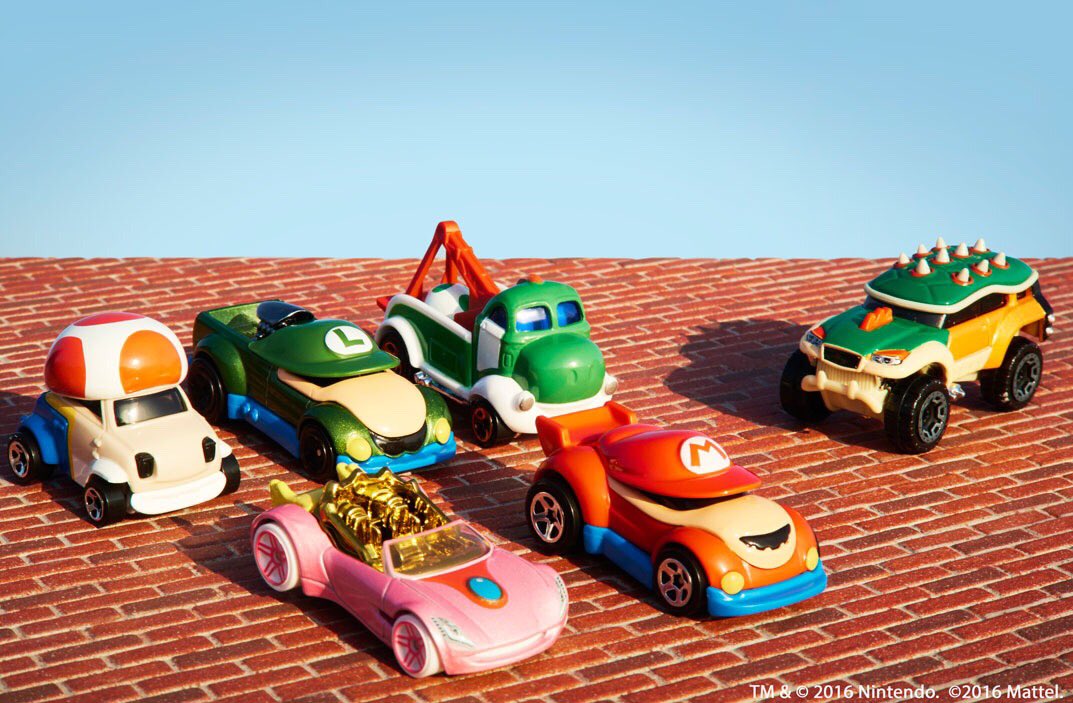 That Yoshi Tow Mater though

I was never really that into Hot Wheels or Matchbox cars. I mean, I loved the idea of the giant vehicles that turned into play sets, but even then I tended to gravitate towards Mighty Max or Tranformers (I did have the Turtles Party Van and the Ecto-1 though).

So if I wasn’t inclined to collect toy cars then I don’t think I am now, and thus the new Nintendo Hot Wheels line is kind of lost on me. Yep, Hot Wheels just announced new toys, including themed vehicles modeled after Toad, Yoshi, Luigi, Mario, Peach, and Bowser.

They basically look like they were ripped straight out of Wacky Races. I won’t pick them up but I’m totally okay with that, and I may or may not be preparing my pitch for a Mario Kart TV show right now.