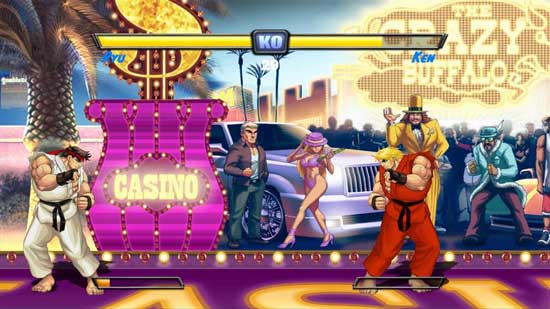 If that cell phone video and off-screen photo of Super Street Fighter II HD Remix didn’t do it for you, how about these — three actual in-game screens from the game, straight from Capcom.

Producer Rey Jimenez makes it very clear that these screens are an early work-in-progress, and do not represent exactly what the final game will look like when it ships … whenever that is. He points out that the character models have a more classic feel than previously shown, and goes on to make some more excuses about how the game looks. I think it looks fantastic for a product that’s not even finished, but I’m easily amused.

Head over to Capcom’s blog for more images, including one from the character selection screen, and why the team are basing the game off of the Dreamcast version (and why it will still be arcade perfect).