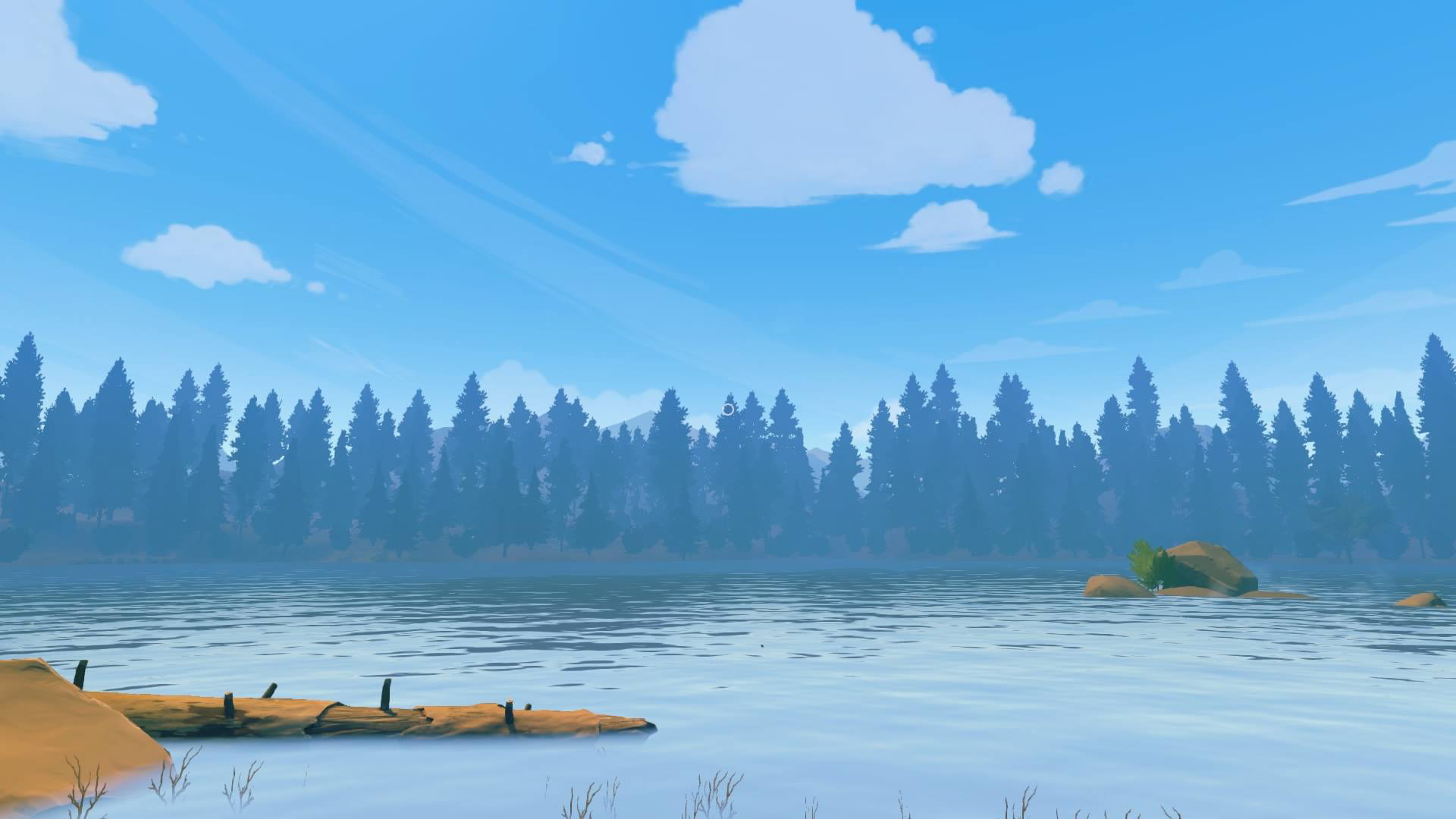 [Usually, I have trouble relating to the troubles of others and having empathy. But hearing how people deal with issues like depression or anxiety can be a fascinating look, especially when a game helps frame their problems. ~Marcel]

Hi there, everyone! My name is David Jenkins and this is my first blog post on Destructoid in almost seven years! After playing the game Firewatch, I had to come back and share my opinion of it on the internet. What better place than the first (and only) site I’ve ever used for video game blog posts?! So, if you’ll indulge me, here is my piece on Firewatch! (Note: spoilers ahead!!)

I deal with severe social anxiety. I get nervous hanging out with friends who I’ve known for years and years. I’ve dealt with the fact that my own company is what I need above all else. As much as I love hanging out with loved ones, it becomes emotionally and mentally exhausting to myself. There are times where my brain tells me… you’re supposed to be alone, people don’t want to hang out with you, why waste their time? What do you have to offer them? I know after the battle I have with myself mentally, those are silly thoughts to have and notions I shouldn’t even consider at all to be true. But it’s not always so easy, you know?

That’s where my love and fascination for Firewatch started to thrive and live inside my brain. One word I constantly saw through all the previews I read for the game was “alone.” It was something so intriguing to me. So often now video games focus on the immersion of the game and to try and include people in with one another. However, Firewatch was specifically designed to be a single-player experience. It’s a very intimidate and personal experience, even if it the end result of the game’s ending is always the same, from what I can tell. But as is the case with most things in life, it’s genuinely about the experience and journey that you have with something. That’s exactly my case with Firewatch.

I picked up Firewatch on launch day and read little to no reviews, at worst I skimmed headlines and review scores. I knew that I was going to pick up the game regardless, no matter what. Video games, as with most forms of entertainment and media, are meant to be forms of escape from the real world. Let’s be honest, the real world can suck really bad a lot of the time and it’s rare where we get a chance to escape it, if only for a moment. Once I launched Firewatch I knew it was a very, very real story and it struck me. Why did I pay money for something that is just a reflection in the real world? 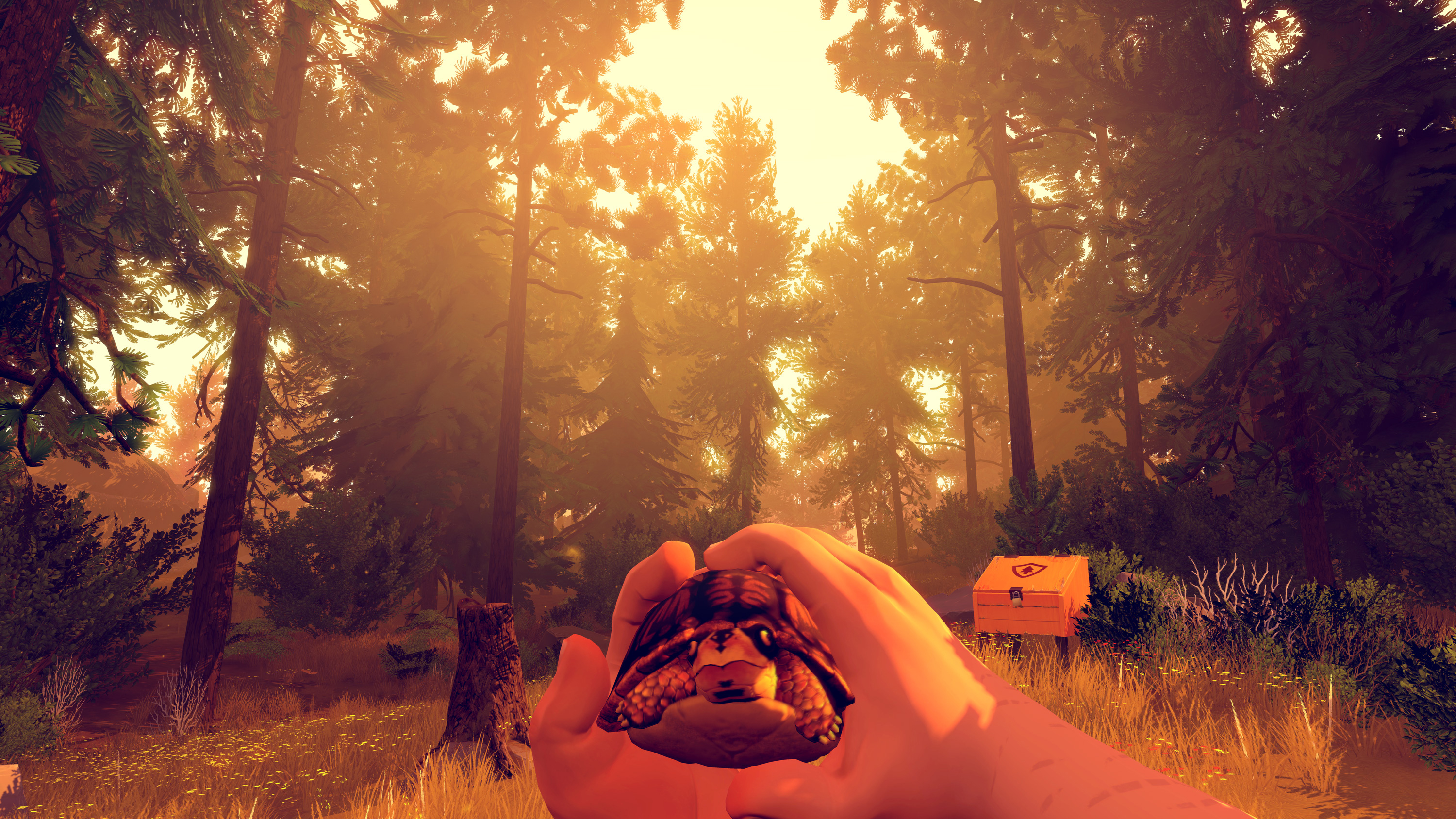 After the start of the game where you’re asked to choose the background story of the main character, Henry, and then you’re whisked away to Wyoming. I’ll preface this before I get any further: I loved every moment playing as Henry because I genuinely felt he was an extension of myself. He’s just this kind of averagely built guy who loves puns, if you choose for him to, and just wanted to do what I wanted… escape, if only for one summer. As anyone who has played the game knows, your only true “companion” in the game is the voice of your boss, Delilah. At first, I was agitated that I had to keep checking in on my walkie talk to talk to Delilah. I didn’t want someone telling me what to do or how to explore this beautiful park. I quickly came to my senses and realized how much of a dummy I was to even think that way.

Delilah is an equally amazing character to that of Henry. For the first time, I could remember in my life, be it in video games or my actual life… I felt okay and safe talking to someone without having any kind of internal guilt brought upon myself. Then there was a punch-in-the-gut moment for me that happened. It was a moment when I was talking to Delilah, or so I thought I was, but it appeared she was talking to someone else on the phone. After many pleas of asking what was going on, I eventually got a response from her. It was a very cold response as if nothing had happened at all. I accused her of what was going on and then she told she would talk to me when she felt like it.

I was devastated. I got this game with the intention of wanting to be alone as much as possible… and once I finally got that dream to come true, I only wanted to keep hitting my walkie talkie and hoping for her voice to come back on. I felt pathetic and alone. The moment was extremely brief but it was something that rung true to me that inspired me to write this post. As I continued my story throughout Firewatch, it was more and more that I found out about myself that I didn’t really think to consider.

I love being alone in real life because that’s when I feel I’m not hurting anyone or bugging them. However, that’s by my own choice in real life and in Firewatch I was forced into it. I was forced to leave my ill wife and to go on an adventure on “self-discovery” or some bullshit reason like that. That’s when I realized I’m doing just the same in real life. That I’m hurting others around me more by assuming I know what is best for them. It was an awakening for me. 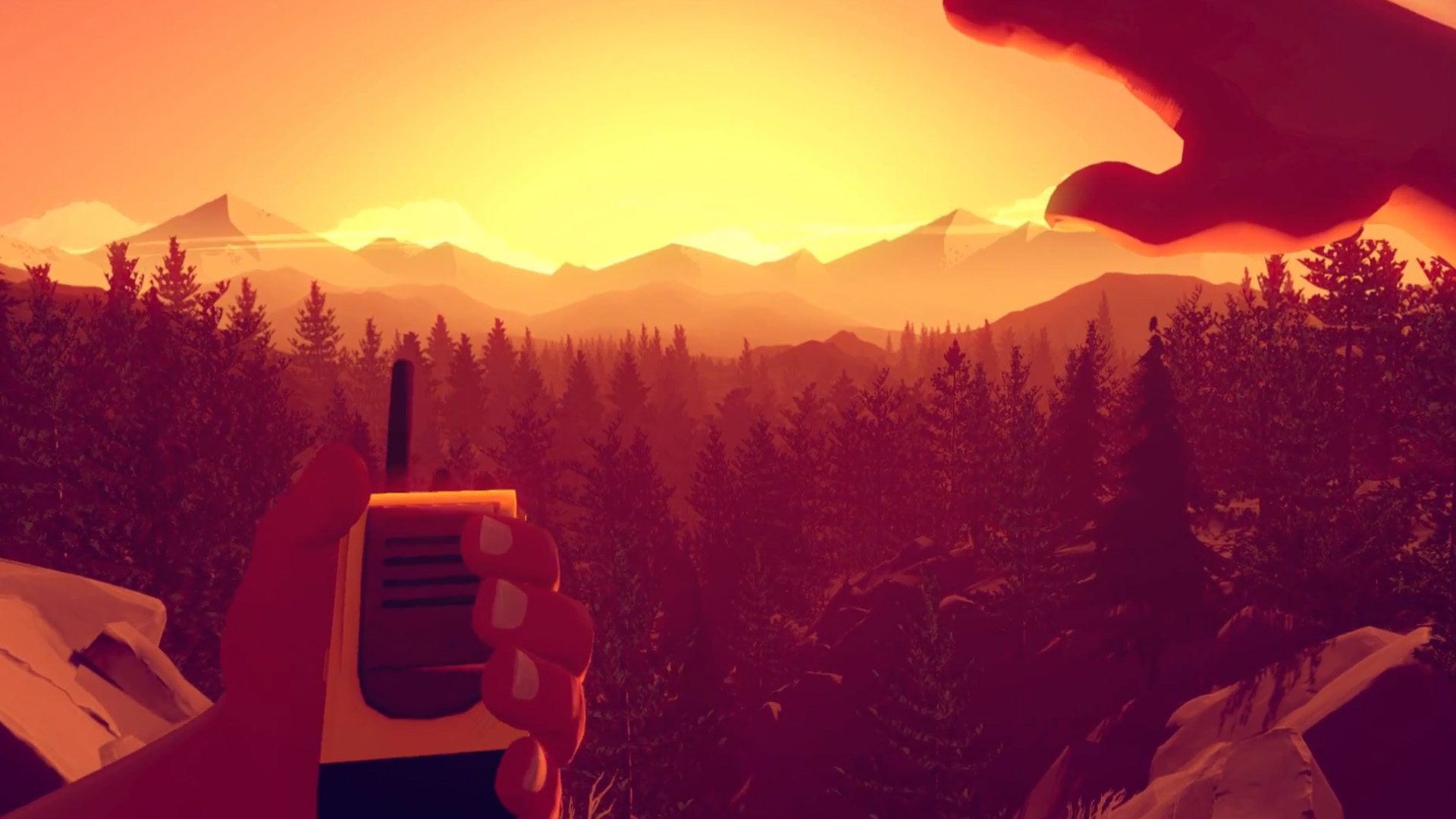 The story in Firewatch almost passively makes you forced to believe in a romance between Henry and Delilah. However, the first day I noticed Henry didn’t have his wedding ring on in the game anymore… I desperately tried to find the ring in his room. I dug through papers, flipped the photo of him and his wife back up… anything I could do to find it. Fortunately, I found out and I could have a sense of ease again in the world. It was an extremely frightening and anxiety-driven moment for me in the game. It was the next big awakening I had for myself.

I didn’t write this post necessarily to give a review of the game or to offer an analysis of the story. But rather, to give a perspective of what I took away from it. As someone who deals with deep social anxiety, I couldn’t wait to jump into this game and be alone. However, all I got was mostly a reflection of myself and what I normally see as cracks in the mirror… I saw lines that just needed to be patched up. Although the journey was relatively short in Firewatch, it’s an experience I’ll never quite forget. It’s okay to be alone. It’s okay to choose to be alone. But it’s selfish to choose to be alone to get away from problems or to feel if you’re a burden to others. As difficult as it for myself to believe that, know that there are people in the world who love you and want to genuinely share your company.

Anxiety doesn’t have to be a burden and neither do you. Chances are, you’re not at all.