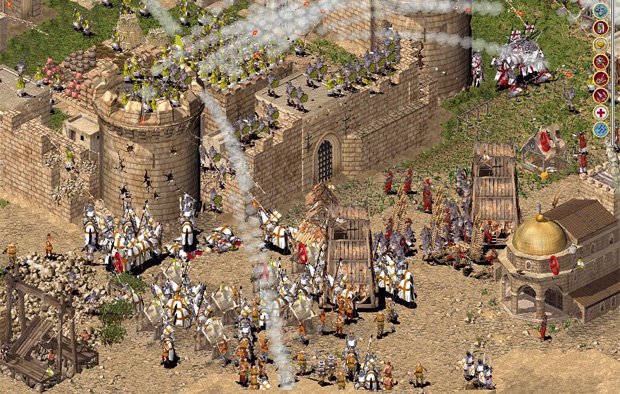 Stronghold and its follow-up, Stronghold Crusader, are more than ten years old. Time for a high-def re-release? That’s what developer Firefly Studios has in mind! Due out November 1, 2012 are remastered versions of these beloved PC strategy games.

They will support more modern resolutions — up to 2560×1600, specifically — and a new “HD battlefield view” which allows players to see the entire map on a single screen. Crusader HD contains content found in the Stronghold Warchest and Stronghold Crusader Extreme, such as the 10,000-unit cap, more missions, and special Tactical Powers.

It’s been years and years since I’ve played any of this stuff, but I want to believe that it holds up fairly well. No price point or screenshots were given, but we do know these two titles will see a release on GOG.com, Amazon, GetGamers, and elsewhere. They can’t possibly be worse than the current installments, at any rate.