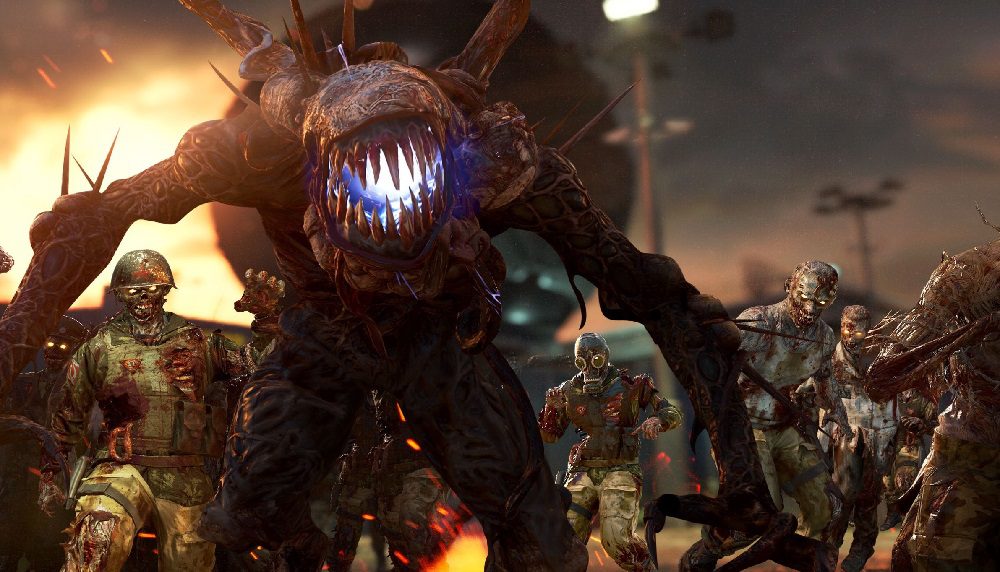 ‘This is down to the line, folks’

If, like myself, you get a cathartic kick out of the fast-paced mayhem of Call of Duty‘s Zombies mode, then you bet load up on Deadshot Daquiri and Pack-a-Punch dollars, as tomorrow sees the dawn of a brand new battleground in Black Ops: Cold War.

Firebase Z, which comes crawling onto all platforms tomorrow, is an abandoned military outpost hidden deep in the jungles of Vietnam. The cadaver chaos is set to continue as Cold War‘s strike team follows in the footsteps of mysterious operative Samantha Maxis, who remains one step ahead of our crew while on her dimension-hopping quest through the Dark Aether.

The free map will be packed full of hidden intel, new lore, and disgusting new enemies, including what appears to be a terrifying, stories-high “elite.” Keep your eyes peeled, as a brand new Wonder Weapon can be found hidden among the base’s decaying ruins, which will provide the team with the heavy-duty firepower needed to take on the relentless army of the undead.

Activision has released a new overview video, which features Treyarch team members discussing the grim fate that awaits you and your running buddies. Send more paramedics.