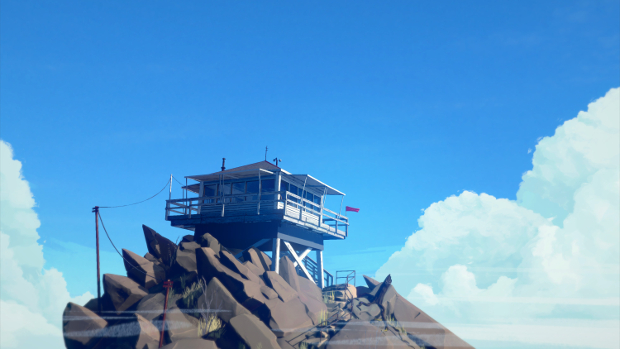 I am into this. It’s a bit inscrutable, sure, but a mystery game needs to be mysterious. I was into Firewatch as soon as I heard of the talent involved. Artist Olly Moss, whose work we enjoy regularly, along with Mark of the Ninja designer Nels Anderson, and season one The Walking Dead writers and designers Sean Vanaman and Jake Rodkin.

You are alone in the Wyoming wilderness, save for the voice on the other side of your radio. And clearly there’s some impropriety going on between Henry and his supervisor Delilah. Also, stuff spookier still.

There are a few more screenshots on Campo Santo’s Firewatch website. The game is aiming for a 2015 PC, Mac, and Linux release. I’m pretty okay going in knowing not much more than we do now.