The fierce warriors of the World Wonder Ring

Fire Pro Wrestling World continues to add to its already huge breadth of content, as Spike Chunsoft has revealed a new DLC pack, headed to the sandbox wrestling title at the end of the month. The new content is focused on Japan’s World Wonder Ring Stardom promotion.

Stardom was formed in 2010 by JDStar promoter Rossy Ogawa, retired pro-wrestler Fuka, and All Japan Women’s Pro Wrestling star Nanae Takahashi. The joshi outfit has made a name for itself as Japan’s leading all-women’s wrestling promotion, building its own roster of home-grown stars while also attracting global talent such as Kris Wolf, Toni Storm, Kay Lee Ray and Jamie Hayter. Several Stardom wrestlers have since gone on to WWE fame, such as pirate gal Kairi Sane and the fearsome Io Shirai. 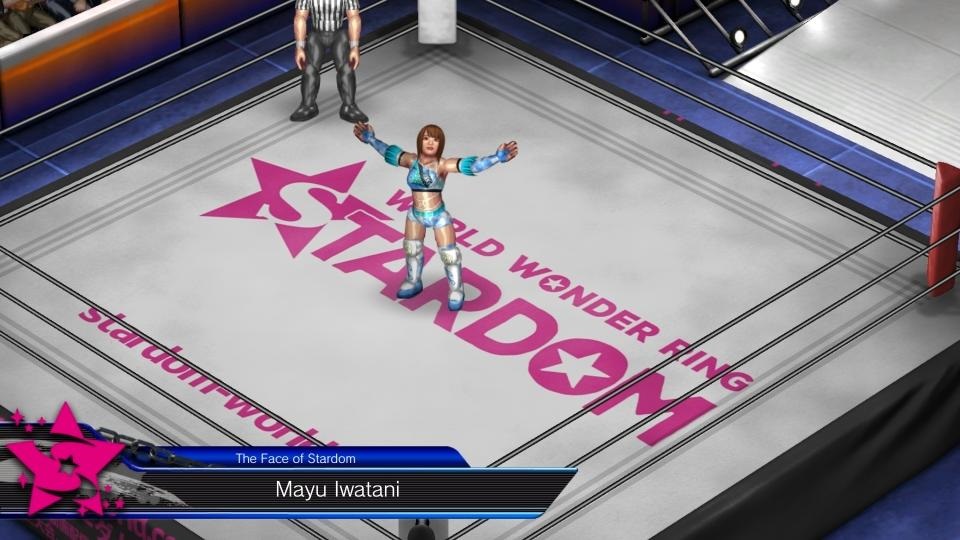 The Fire Pro Wrestling Stardom DLC will feature 10 of the promotion’s wrestlers, and will include rings, entrances, signature moves and voices. One of the company’s top stars, Mayu Iwatani, has already been revealed, with the rest of the roster being announced at this weekend’s Stardom x Stardom 2019 show, to be held August 10 at Korakuen Hall, Tokyo. The DLC will be made available to purchase August 21.

Stardom is a fantastic promotion, full of hard-hitting and exciting matches performed by some of the squared circle’s most amazing, talented athletes. While I’ve been a fan of the Fire Pro series for decades, it’s unique and exciting additions such as this that remind me why.