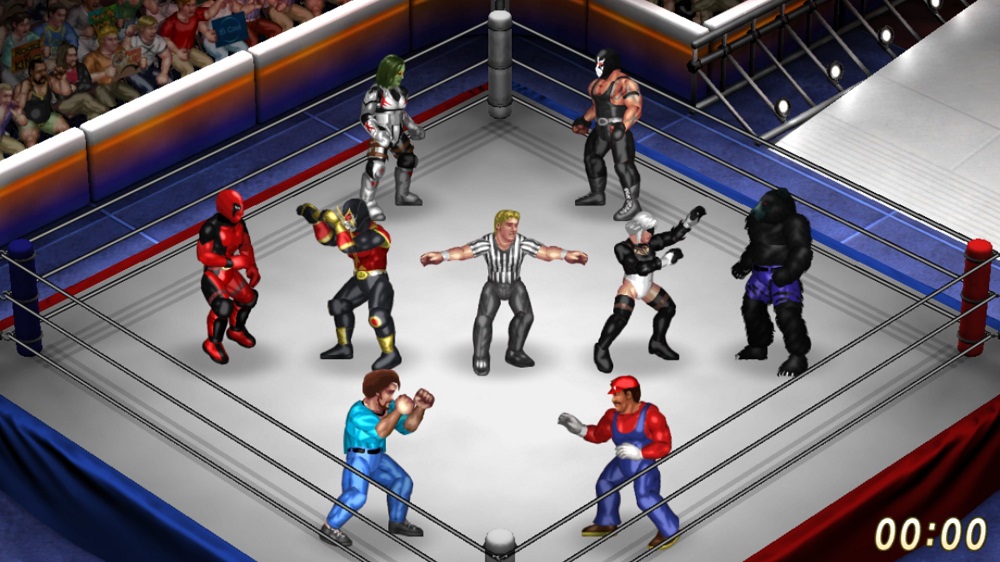 It’s a glorious day to be a wrasslin’ fan, as Spike Chunsoft’s ultimate wrestling sandbox Fire Pro Wrestling World has moved out of its Early Access status on Steam.

Fire Pro World, the latest in a line of wrestling titles dating back to the 1980’s, requires a little practice and patience to get to grips with its pixel-precise grappling and striking system, but those who persevere will be rewarded with a fantastic wrestling sim, capable of hosting incredibly dramatic, adrenaline-pumping matches, that flow naturally and feel very satisfying.

The full release of FPW brings with it new patch notes, including bug fixes, new Create-A-Wrestler components and some all-new moves with which to “lay the smack down” — as that one guy used to say. Development continues on the PS4 version of the title, with Spike stating that they are moving forward at “full speed” on the port.

As I said in my Early Access review last Summer, Fire Pro World seems impenetrable at first, with its very quirky look and the mechanics coming off as somewhat daunting. But it doesn’t take long to get a grip on things, and you’ll be head-dropping fools and completely wrecking your knees in no time.

Fire Pro-Wrestling World is available now on Steam, currently at a special price of around $14